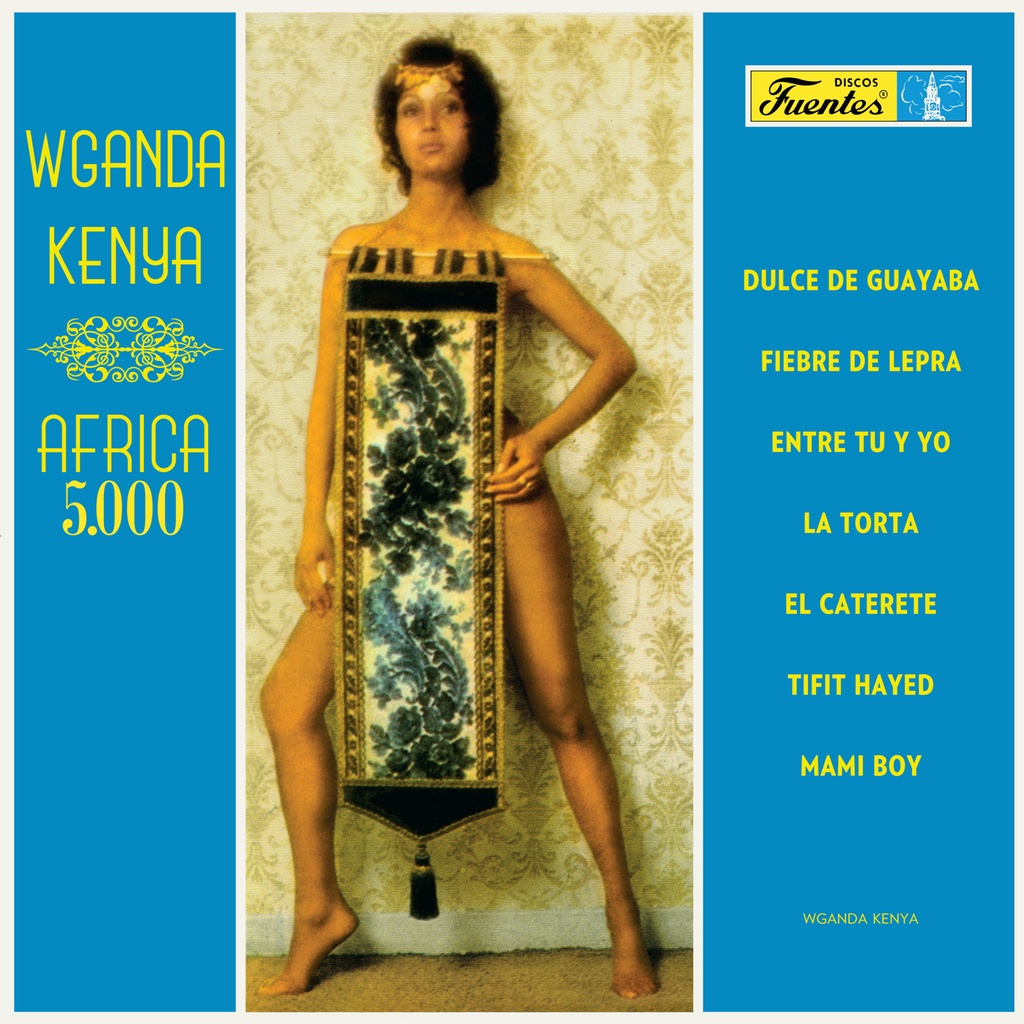 Wganda Kenya was ahead of its time, anticipating current contemporary Afro-Latin-funk trends in a prescient way that has inspired a legion of fans across the globe. As part of that legacy, “Africa 5.000” (1975) has a legendary reputation as one of Discos Fuentes’ best hard-to-find Afro-Caribbean funk records and is a highly prized collector’s piece.

This LP features several classic dance floor gems as well as some lesser-known nuggets and a non-album bonus cut, plus informative notes.

“Africa 5.000” (1975) has a legendary reputation as one of Colombia’s best hard-to-find Afro-funk records and is a highly prized collector’s piece today.

The epic ‘La torta’ (‘The Cake’) kicks things off with a lively Colombian interpretation of Haitian compas. The tune is still remembered as a big picó (amplified sound system) hit at the verbenas (outdoor dance parties).

‘Fiebre de lepra’ (‘Leprosy Fever’) was also released as a 45 single and is certainly one of Wganda Kenya’s wilder tracks. Funky wah-wah guitar, makossa style bass, manic organ, and feverishly insane vocals (from Wilson “Saoko” Manyoma and Joe Arroyo) indicate that Fruko and his pals were having a ball goofing around in the studio.

If for no other reason, “Africa 5.000” is sought after for being the album containing Fruko and Javier García’s outrageously funky and off-kilter ‘Tifit hayed’, which has become a tropical dance floor favorite in recent years. Again the “kitchen sink” approach is employed, including massive Latin bass lines, tasty Farfisa organ stabs, a bluesy, jazzy piano solo, and plenty of humorous vocal sound effects (including animal noises and lip burbling). However, it’s the stomping break beats and cowbell counterpoint that has kept dance floors busy.

Side B leaps out of the speakers with the heavy, strutting ‘El caterete’, which was the flip side to the ‘Fiebre de lepra’ single and is based on the 1970 song ‘Cateretê’ by Brazilian singer/songwriter Marku Ribas.

Like its sibling Fuentes studio band Afrosound, Wganda Kenya was ahead of its time, anticipating current contemporary Afro-Latin-funk trends in a prescient way that has inspired a legion of fans across the globe, and this reissue of “Africa 5.000” will only serve to further cement the band’s growing reputation amongst today’s diggers of tropical psychedelia.