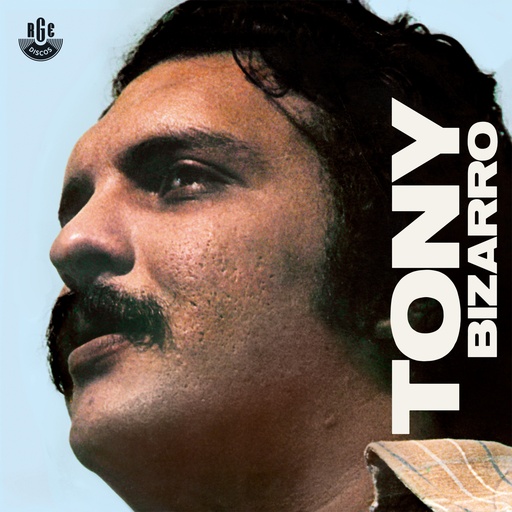 2 AGRADEÇO AMOR (I Could Dance All Night)

Classic Brazilian soul funk from 1976 in the same vein as Tim Maia, Jorge Ben or Carlos Dafé’s recordings from that period.
All four tracks are stunning and feature dramatic vocals, fat drum beats and sophisticated arrangements,
following the tradition of the best funk music coming from the States in the ‘70s.
First time reissue.

Tony Bizarro was a Brazilian songwriter, producer and singer who worked with most of the greatest soul and funk artists in Brazil. Boogie and disco music were making headway and soon became popular in the Brazilian market.

His own discography comprises just one solo album, released at the peak of his career, a bunch of compactos and some later LPs that did not get any bigger than his best-known hit ‘Estou Livre’.

This 1976 EP has been a long-time dancefloor weapon for DJs in the same vein as Tim Maia, Jorge Ben or Carlos Dafé’s recordings from the same period. All four tracks are stunning! The opening song ‘Que Se Faz Da Vida’ is a downtempo funk joint with some dramatic vocals by Tony Bizarro, fat drum beats and Isaac-Hayesque wah-wah sounds that could have easily been included in the soundtrack of a blaxploitation movie… The strings and sophisticated arrangements featured on the flipside elevate this record to the top of the best Brazilian funk ever recorded in the ‘70s.

Very hard to find, especially in good condition, this record now gets a proper reissue for the first time.