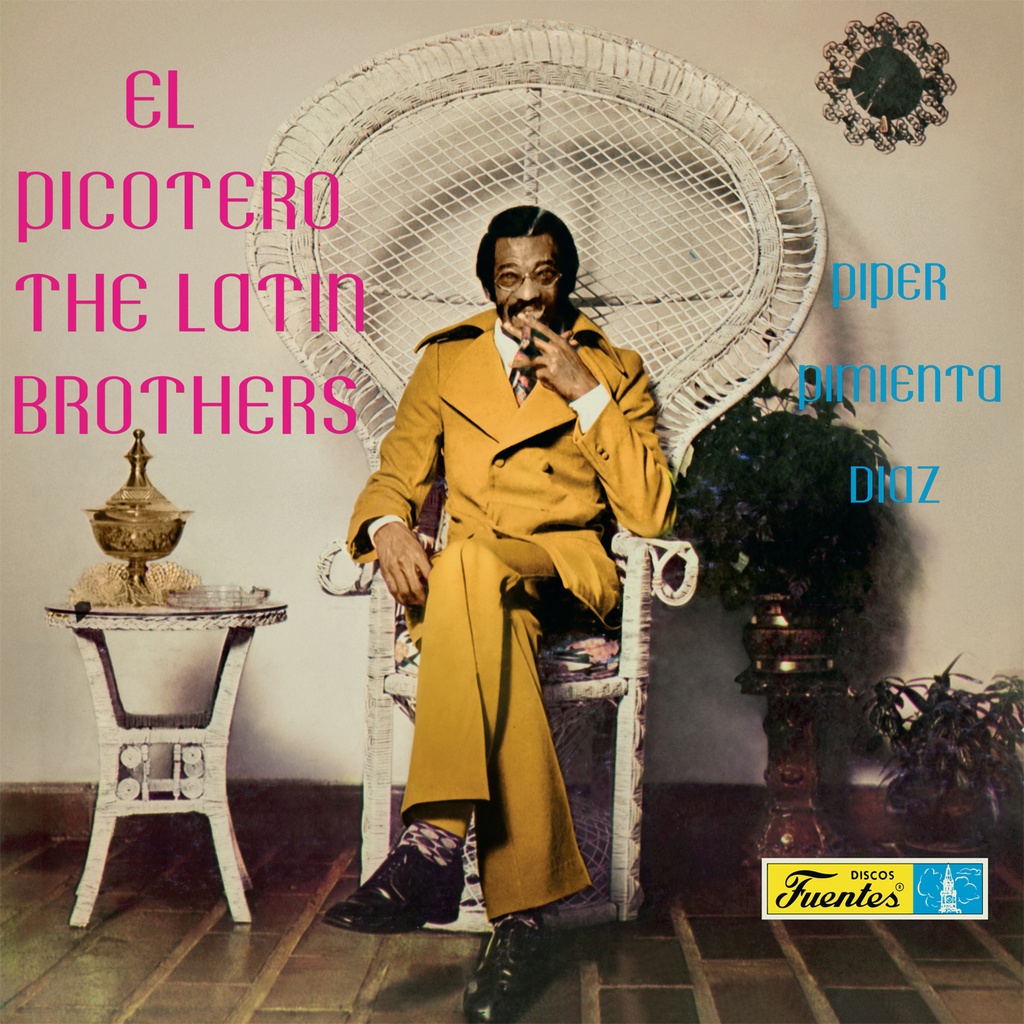 This 1974 debut album by heavy-duty trombone-centric Colombian salsa group The Latin Brothers remains a favorite the world over to this day.
Featuring the soaring vocals of Píper Pimienta and backing of Fruko with members of his band Los Tesos, The Latin Brothers would inspire future Colombian salsa orchestras like Grupo Niche as well as helping establish Medellín as a center of salsa almost as famous as Cali.
Filled with lesser-known dance floor classics, this remastered edition also contains the non-LP bonus track ‘Echa pa’ lante camará’.
180g vinyl.

Heavy-duty Colombian salsa group The Latin Brothers were formed in 1974 by the Discos Fuentes A&R team as a sibling band of Fruko Y Sus Tesos in order to provide the local market with a trombone-heavy ensemble in the mode of the popular Nuyorican Willie Colón orchestra.

The band was led by Julio “Fruko” Estrada on bass, featuring basically the same musicians as Los Tesos, minus the trumpets and highlighting the cutthroat trombone work of Gustavo “La Pantera” García. At the time Fruko’s Tesos were going through a transition and his talented former lead vocalist, Píper Pimienta, left to sing lead in The Latin Brothers while Joe Arroyo and Wilson “Saoko” Manyoma took over vocal duties in Los Tesos.

“El Picotero” was The Latin Brothers’ debut album and remains to this day a favorite of salsa dura fans the world over. The album established The Latin Brothers as a bona fide contender in the crowded field of trombone-centric salsa bands taking over the airwaves and dance floors around Latin America. With this bold and brassy record The
Latin Brothers would inspire future Colombian salsa orchestras as well as helping establish Medellín as a center of salsa almost as famous as Cali.

The song selection on the album also spotlights where the band is coming from as a salsa manifesto of sorts, lyrically covering various topics such as paying homage to the people, patron saints and music of Puerto Rico and Cuba, as well as praising the DJs (picoteros) and radio hosts (locutores) who play the guaguancó rhythm of salsa, and of course the typical themes of problems with women and heavy partying that come with most male-centric Latin dance tunes of the era.