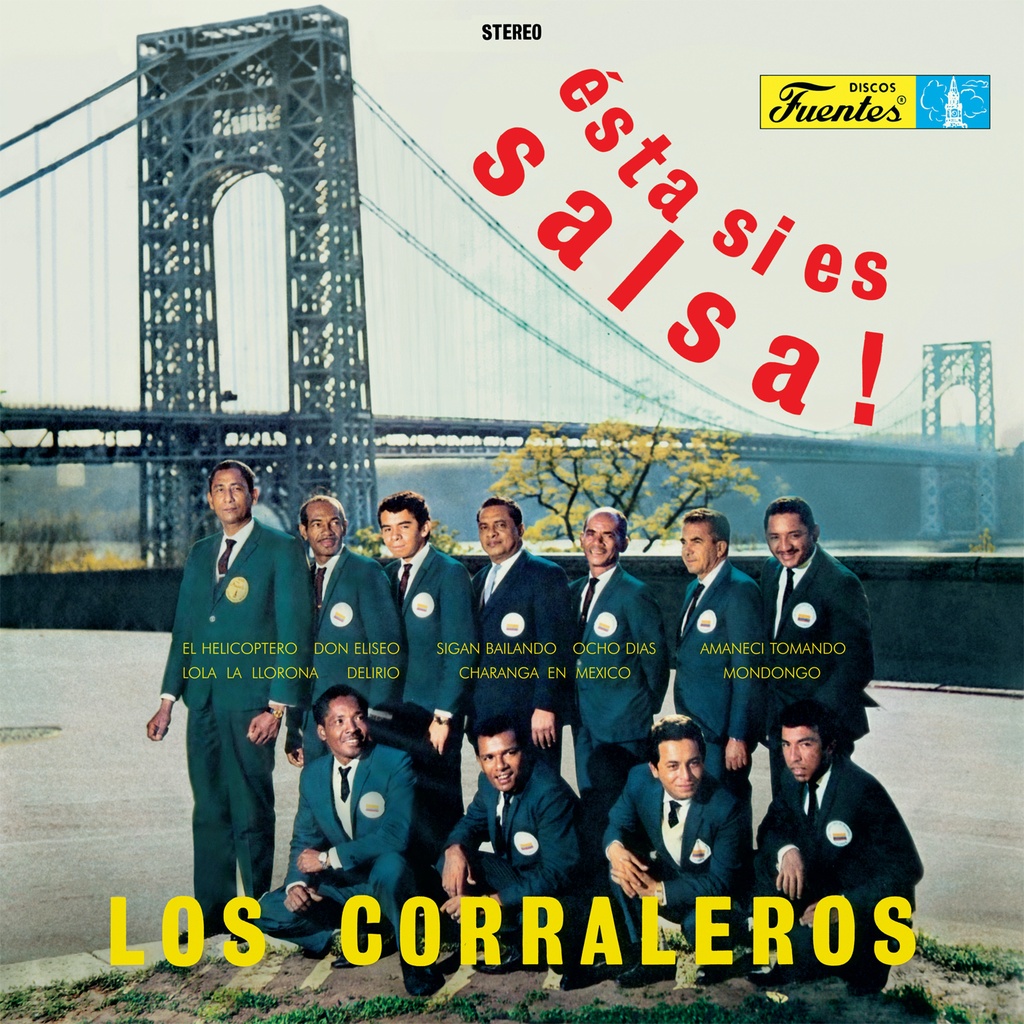 “Ésta sí es salsa!” is one of the most sought-after records in the impressive catalog of the Discos Fuentes tropical all-star group Los Corraleros de Majagual.

The record is high on collectors’ want lists for many reasons: excellent sound quality, diverse and highly danceable repertoire infusing its grooves, and the inclusion of the Cuban genres of descarga and charanga. The album includes outstanding cover versions of ‘60s New York salsa but featuring the unusual sound of the accordion and the heavy bass playing of Julio Estrada.


“Ésta sí es salsa!” is one of the most sought-after records in the impressive catalog of the Discos Fuentes tropical all-star group Los Corraleros de Majagual. It was released in 1970, nine years after the band was first conceived by Alfredo Gutiérrez, Calixto Ochoa and label boss Don Antonio Fuentes as an orchestra to play mostly typical folkloric Colombian genres like porro, cumbia and paseo and the occasional guaracha or pachanga, but with a fully orchestrated big band sound that combined the accordion with a complete rhythm and brass section.

The record is high on collectors’ want lists for many reasons, not least of which is its excellent sound quality and the diverse repertoire infusing its grooves, ranging from expected coastal tropical Colombian rhythms like paseaíto, paseo and pasebol (all related to cumbia and vallenato), to more exotic modes like sonsonete, casatschok, and the Cuban genres of descarga and charanga.

There was never any doubt with the label’s intentions of introducing this “new” genre of salsa on this LP, albeit as seen through the lens of Colombian musicians only recently converted to the movement, and indeed, the title unequivocally proclaims: “¡Ésta sí es salsa!” (“This is definitely salsa!”). The proof is in the fascinating (and long) cover versions of Nuyorican artists from the burgeoning Big Apple salsa scene that are the centerpiece of the album. Two massive dance tracks on the record are ‘Ocho días’ and ‘Amanací tomando’, but neither was inspired by exposure to New York salsa, as they are very “typical” Colombian numbers.