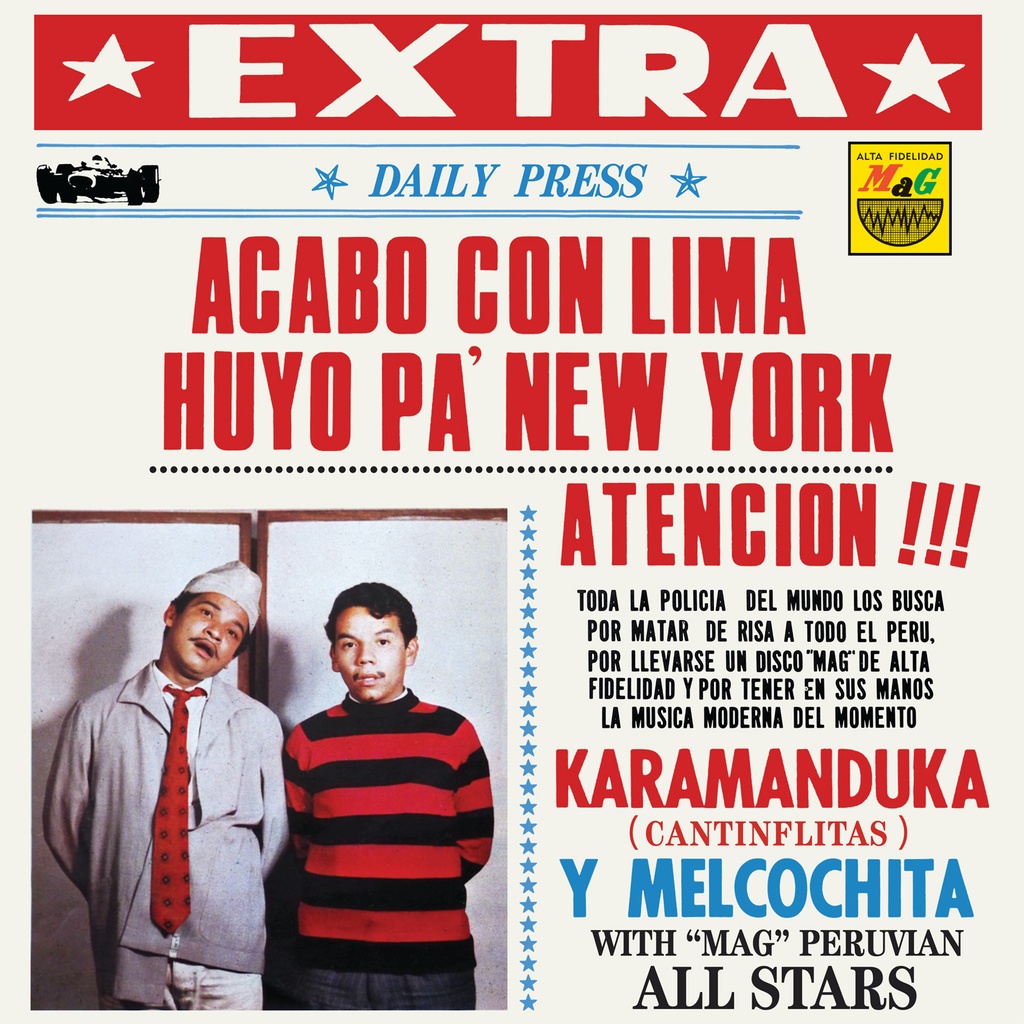 This mega-rare 1969 album pays tribute to the Bronx and Brooklyn neighborhoods where young Latinos had invented the boogaloo a few years earlier. This record highlights the quality of Peruvian boogaloo and the talent of musicians such as pianist Otto de Rojas and percussionist Coco Lagos.

In the mid-sixties, when young Latino musicians in New York fused Afro-Cuban rhythms with rock, soul and jazz, they had no idea that their boogaloo bang bang would reverberate just as strong and loud in a distant South American country.

From 1955, La Sonora Macedo, took Cuban music to every corner of Peru, backed the leading musicians of the Peruvian tropical universe, such as Ñiko Estrada, Joe di Roma, the double bass player Pepe Hernández, and the trumpet players Tito Chicoma and Charlie Palomares. All diehard fans of Cuban music, always alert to any new artist arriving from the island.

In the early sixties, light rock, doo-wop, ballads, Italian songs and bossa nova paraded across Lima’s stages, making performances by Cuban bands, previously so frequent, a thing of the past. Moreover, the unanimous success of the Beatles from 1964 onwards, gave the impression that music from the English-speaking world would dominate the rest of the decade.

But this was not the case. In large part because of Manuel Guerrero's good relations with U.S Latino labels, such as Alegre Records, which released the initial recordings by Johnny Pacheco and Charlie Palmieri, allowing listeners in Lima to follow the development of the salsa movement almost from the beginning.

MAG was undoubtedly the best representative of these new sounds. In 1969, the LP "Acabo con Lima, huyo pa' Nueva York" was released on this label, a project which brought together three figures from Lima's show business world: Manuel Antonio Guerrero, owner and founder of MAG, who wasn’t shy of joining in on the chorus and percussion during recordings, Pablo Villanueva "Melcochita", a multifaceted artist from a talented musical family from the popular district of La Victoria, was responsible for the vocals and percussion on the album. And the third Lima show business figure in this project was the musician, singer and comedian Alberto Montroy Laostervened, who gained fame in the sixties while still in his twenties for his imitation of Cantinflas, the Mexican actor. Alberto bore a devilish resemblance to Cantinflas, not only in his gestures but also physically. Under the name of Pepe Moreno "Karamanduka" he also went on to record songs abroad such as "El boogaloo de Cantinflitas".

"Acabo con Lima, huyo pa' Nueva York" was immediately re-released in other countries, highlighting the quality of Peruvian boogaloo and talent of musicians such as pianist Otto de Rojas and percussionist Coco Lagos, who feature prominently on the album. Songs such as 'Vuela mi descarga', 'Peruvian boogaloo' and 'Peruvian guajira', pay tribute to the Bronx and Brooklyn, neighborhoods where young Latinos had invented the boogaloo a few years earlier.