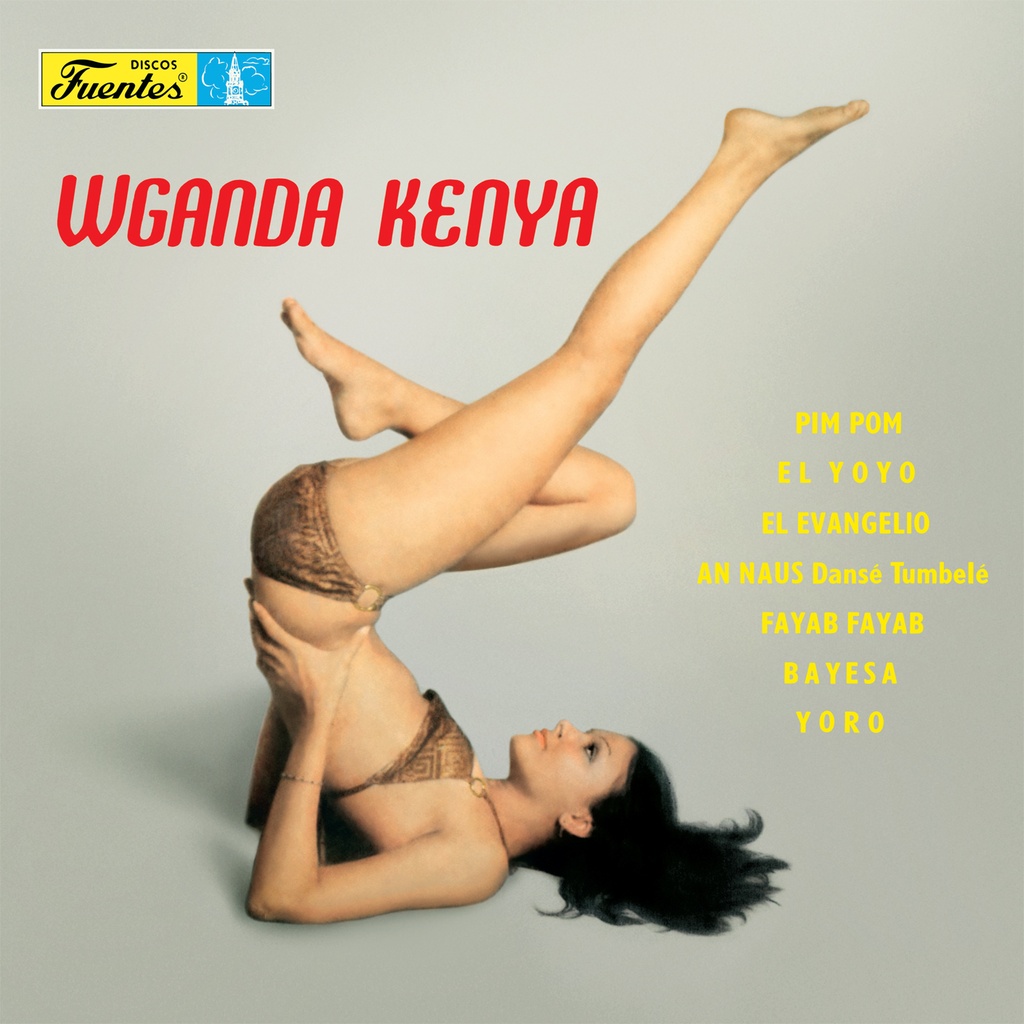 Wganda Kenya was a group formed by Discos Fuentes under the idea of developing an African and Caribbean sound in order to appeal to the Costeño Colombian market and also inject a little international exoticism into the label.

This 1976 album has become a collector’s favorite waiting to be reissued, and it’s not hard to understand why since it’s full of so many Afro-Funk, Congolese rumba and Caribbean-flavored dance floor burners.

Special edition reissue containing two non-album bonus tracks from the same period that appeared on 45s and various artist compilations, as well as an insert with liner notes. Pressed on 180g vinyl.

According to Fruko, Wganda Kenya was formed at the request of José María Fuentes in 1974. Fuentes came to Fruko with the proposal to assemble a group with an African and Caribbean sound in order to appeal to the Costeño Colombian market and also inject a little international exoticism into the label.

Fuentes wanted to create their own domestic version of the rare (and often unidentified) African and Antillean records played on the Colombian coast in the outdoor picó sound systems in cities like Barranquilla and Cartagena, as well as opening up their markets to international tastes.

In keeping with the exoticism and façade of foreignness, the vocalists often sang in made-up languages that approximated Indigenous Colombian, Haitian Creole, Papiamento from the Dutch Caribbean or Nigerian Yoruba; at other times they invented Spanish lyrics that mimicked the original foreign language ones, often in a humorous way.

Wganda Kenya, like almost all Fuentes acts, cut plenty of non-album singles and cover versions that ended up on “Bailables” compilations but it was the runaway success of a 45 with their interpretation of the Haitian song ‘Homenaje a los embajadores’ released in 1975 that motivated the Fuentes studio team to continue with the project and begin releasing complete albums under the band’s name.

In 1976, Discos Fuentes released the self-titled “Wganda Kenya” album and it is thought by many to be their first full-length record, which technically speaking, in Colombia at least, it was, but if you take into account the Miami Records release of “Wganda Kenya / Africa 5.000” the year before, it actually isn’t the band’s debut solo album.

Whichever way you look at it, this record you are holding in your hands now has become a collector’s favorite waiting to be reissued, and it’s not hard to understand why since it’s full of so many Afro-Funk, Congolese rumba and Caribbean-flavored dance floor burners.

All the tunes on this record, including the bonus tracks, are covers, and they include interpretations of songs by Haiti’s Original Shleu Shleu (‘El evangelio’), Guadeloupe’s Combo Moderno (‘An Nous Dansé Tumbelé’), and the Paris-based Le Trio Africain Los Makueson's (‘Yoro’), among many others.

Like its sibling band Afrosound, Wganda Kenya was ahead of its time, anticipating current contemporary global Afro-Latin-funk in a prescient way that is finding more and more fans across the globe.