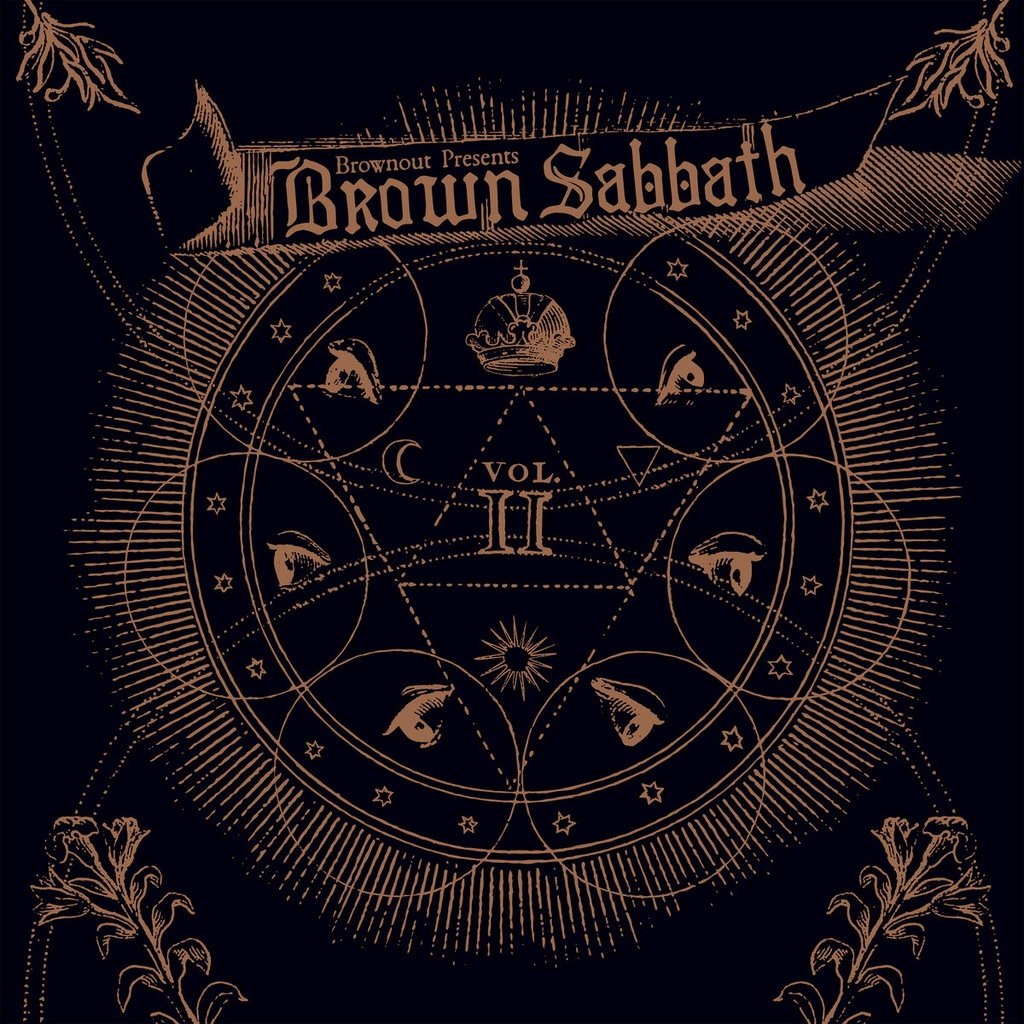 Two years after Brownout Presents Brown Sabbath, the band has assembled a second volume of Sabbath material that runs through 1975’s Sabotage. Quesada says about the second volume: “When we recorded Volume 1, we had only played a couple of live shows, and it was a very new thing. We’ve grown as a live band and gained a new level of confidence and ownership over what we do with Black Sabbath. It was important to capture another moment in time showing the band’s development and stamp on the music.”

There is more attention to the guitar elements on Brownout Presents Brown Sabbath Vol. II. Album opener “Supernaut” is bolstered with muscled-up horn arrangements and a tasty bongo break, but the aggressive guitar riff lets you know what’s driving this train. Album closer, “Sabbath Bloody Sabbath,” finds vocalist Alex Marerro being joined on vocals by Ghostland Observatory’s Aaron Behrens. As the song closes, the brooding number switches tempo and the percussion underlying the lead guitars leads to a Latin-infused breakdown. On “Snowblind,” Marerro channels Ozzy to chilling effect, matching the dread of Greg Gonzalez’s bass and a menacing lead guitar solo. And while horns kick off “Children Of The Grave,” the star of the show is the band’s rhythm section that makes a song about love and revolution move the needle from rock to metal.

As the band’s hometown weekly paper, Austin Chronicle points out: “Credit Black Sabbath with helping found heavy metal, sure, but acknowledge, too, that the British quartet knew how to work a downright dirty breakbeat.” Brownout has performed styles ranging from classic funk to hip-hop, marrying their sense of breakbeats with the members’ love of hard-edged acts like Slayer, Brujeria, Metallica, and of course, Black Sabbath. Quesada sums up the blending of genres perfectly: “For us, Black Sabbath always had such a bounce to it that comes from the era where you hear jazz, soul, blues and funk influences in heavy rock music, and that lends itself well to a band like us whose primary influences are from the late ’60s and early ‘70s. Black Sabbath is sinister and heavy, but rhythmically really similar to a lot of what we play.” If the studio material engenders such bravado, just imagine what one of their live shows feels like.