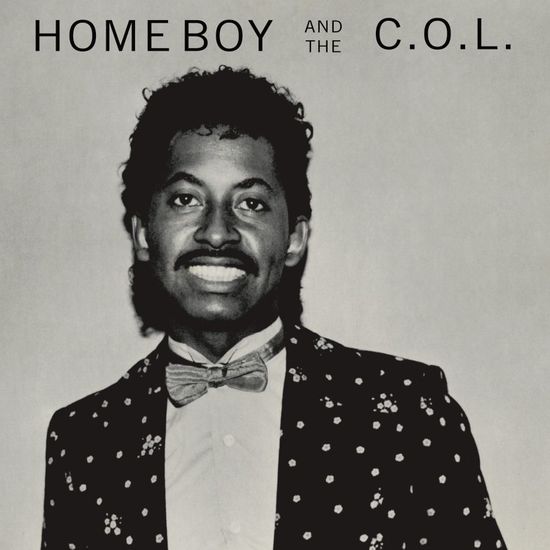 Cecil Johnson Lyde Holden aka “Home Boy” (born 1948) is an artist whose musical talent has been unmistakable since his days as a young boy. Growing up listening to his parents 78 RPM Doo-wop, Blues, Jazz and Gospel records, he started signing in church when he was 6 years old. At the age of 10, his mother took him to the famous Club DeLisa (Chicago’s celebrated night spot) and entered him in a talent contest where he won first price singing “Only You” by The Platters. This key-event had sparked a burning desire and a love for music in Cecil that would never leave him…it created an opportunity for him to become an entertainer and recording artist.

Flash forward to the 1960’s when he met Mr. Otis Leavill who was one of the leading figures in the Chicago Soul scene. Leavill was already a well-established recording artist, producer, recording studio co-owner and talent scout (he discovered Yvette Stevens aka ‘Chaka Khan’). Guided by his now mentor, Cecil was exposed to professional studio recording work and productions. He began to work with Otis’ roster of artists, developing his own songwriting skills and musical style in the process. Later he started working with many of Chicago’s great musical talents of the time: Curtis Mayfield, The Chi-Lites, Major Lance, Gene Chandler, Barbara Acklin…and countless others. Cecil Lyde helped recording songs for Chess, Brunswick and St. Lawrence Records. Sadly, by the early 1970’s Chicago’s famous “Record Row” (the area where all the independent record companies were located) started to close down and as a result many bands broke up.

Not discouraged by the closing of “Record Row”, Cecil and some of his childhood singing buddies (under the name of Experience II) landed a production deal and found themselves signed to Capitol Records in 1973. The single ‘Bout Time I Told You Baby’ was well received and became a hit. Later on Cecil Lyde, Bruce Fisher and Rick Giles formed the group ‘Lyde, Fisher & Giles’ aka ‘Stone Free’ who released a privately pressed (and now very rare) promo 7inch titled ‘Serve Me Right To Suffer’…but before the band could fully materialize, Bruce Fisher left the group and went on to write songs for Quincy Jones and Bernard Purdie. Rick Giles also went his separate way to write hits for Earth, Wind & Fire.

As a result of all these tumultuous Chicago events, Cecil was convinced he needed to take the next step and make the move to Los Angeles. It was here that he recorded/produced his first solo album “Stone Free” (1980) and put the genius of many of LA’s finest session players to good use on his two magnus-opus recordings “Home Boy And The C.O.L. (the cost of living)” & “Out Break” (both released in 1982 and 1984 respectively).

Looking for a new direction in the mid 1980’s, Cecil moved on to radio and music promotion/marketing. The rise of the internet brought more exposure and much overdue appreciation for Cecil Lyde’s story. Audiences from Beijing to the UK have now discovered his unique style and his albums are now highly priced collectables, searched for by fans and collectors around the globe.

These recordings (ten songs in total) are particularly interesting to boogie-enthusiasts because of their high doses of funky twerks, solid grooves, crazy synth work, excellent drumbeats and Cecil’s soulful Doo-wap influenced vocals. This album just oozes Soul, Funk and Boogie…you’ll quickly find yourself shaking hips the moment the needle hits the first track! Also included are the tracks ‘I’ll Make It On My Own’ (which became a hit in the UK’s Norhern Soul scene) and ‘Home Boys Revenge’ which was later remixed by DâM-FunK (Stones Throw Records). All of the above makes this LP an essential purchase for any self-respecting fan and collector.

Tidal Waves Music now proudly presents the FIRST ever vinyl reissue of “Home Boy And The C.O.L.” originally released and privately pressed on Alwest Records in 1982. This rare record (original copies tend to go for LARGE amounts on the secondary market) now comes as a deluxe 180g vinyl edition, strictly limited to 1500 copies worldwide with obi strip and features the original artwork. Released exclusively for Record Store Day 2022 and available in participating stores on April 23, 2022.