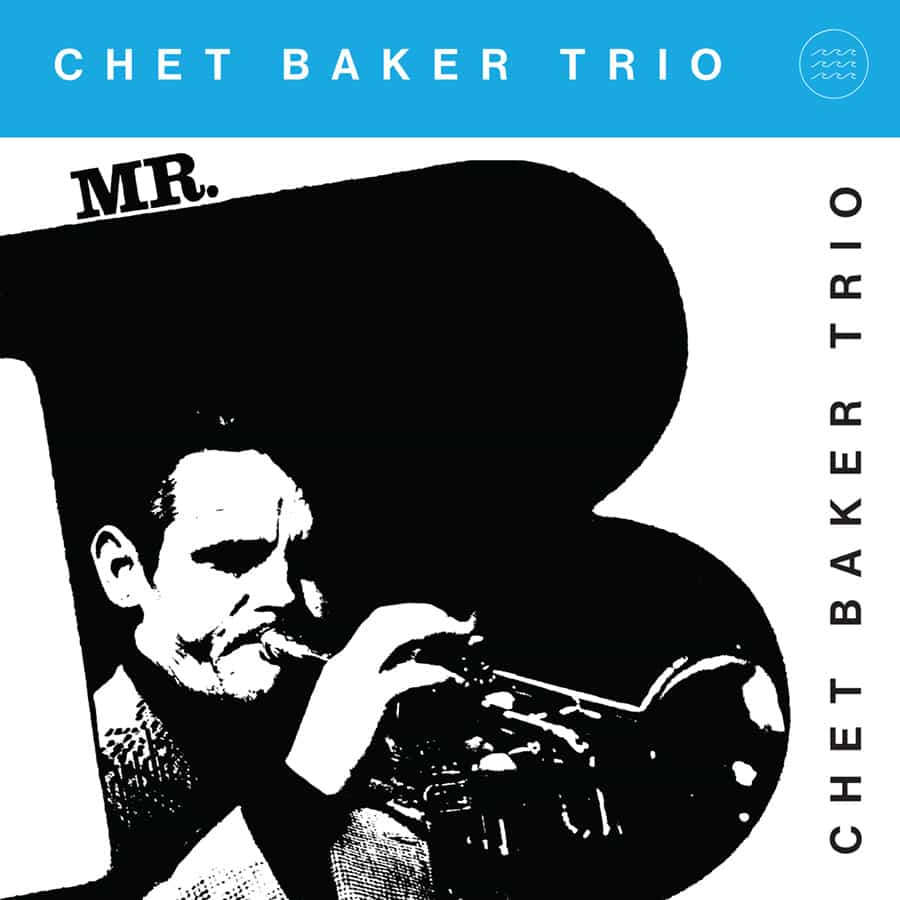 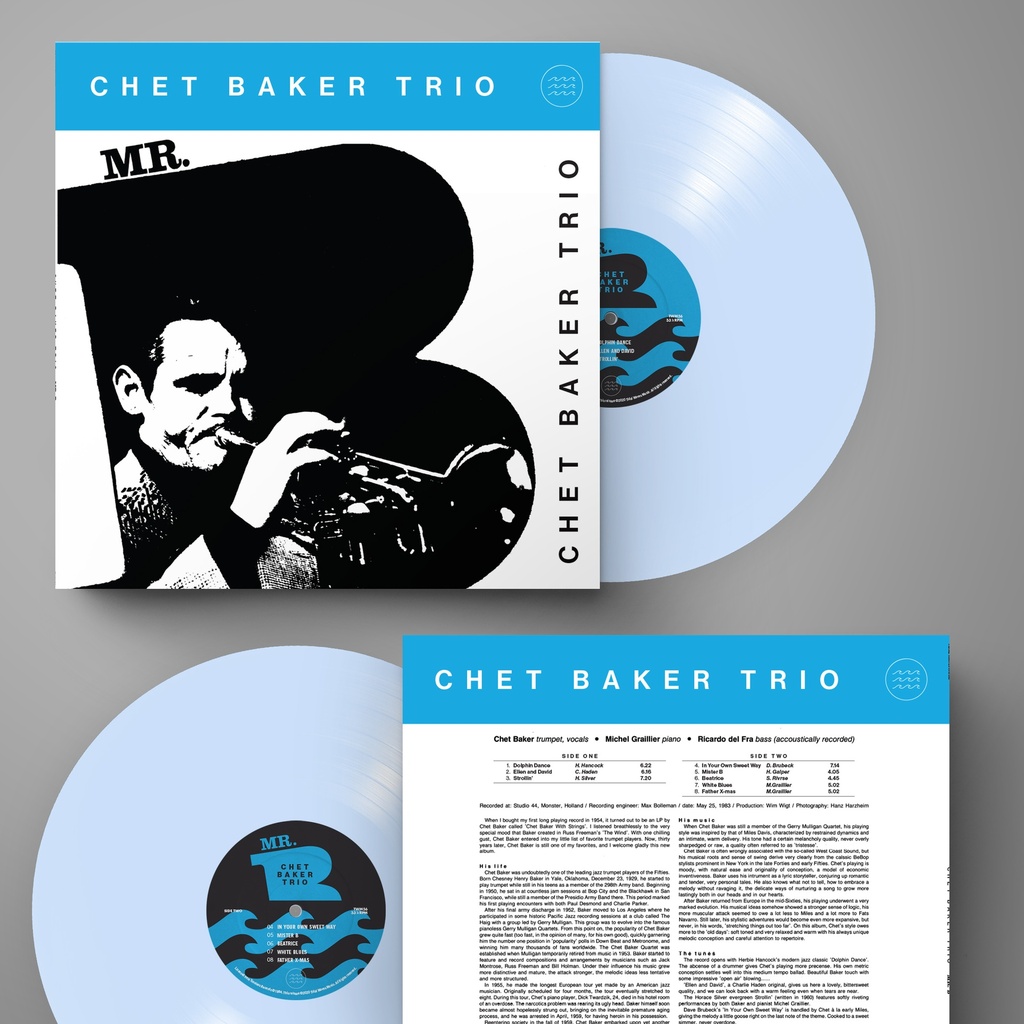 Chet began his musical career singing in a church choir and his mother said that he had begun to memorize tunes on the radio before he was even given his first instrument. Peers called Baker a natural musician to whom playing came effortlessly. In the early 1950s he was chosen by Charlie Parker for a series of West Coast engagements…shortly after this, his song “My Funny Valentine” became a hit and would be associated with Baker for the rest of his career. Mr. Baker (with his quartet) was a regular performer at famous Los Angeles jazz clubs such as The Haig.

On the album we are presenting you today (Mr.B) you’ll find Dutch recordings (recorded in 1983 & released in 1984). This rare gem of an album is comprised out of tracks written by some of the top jazz composers of all time (Herbie Hancock, Horace Silver, David Brubeck,..) and played meticulously by Baker and his all-star line-up trio consisting out of Ricardo Del Fra (Ennio Morricone), John Engels (Toots Thielemans, Dizzy Gillespie) and Michel Graillier (Magma, Steve Grossman). On the bonus tracks you’ll also find a top performance from Philip Catherine (Placebo) on guitar.

Be prepared for eight sublime tunes that bring out the more intimate and touching aspects of the Chet Baker sound, a fantastic session where the master plays his themes with an almost religious surrender. There is a sadness permeating the trumpeter’s sound throughout…a deep and touching beauty can be felt, marking this as one of Chet’s best from the period.