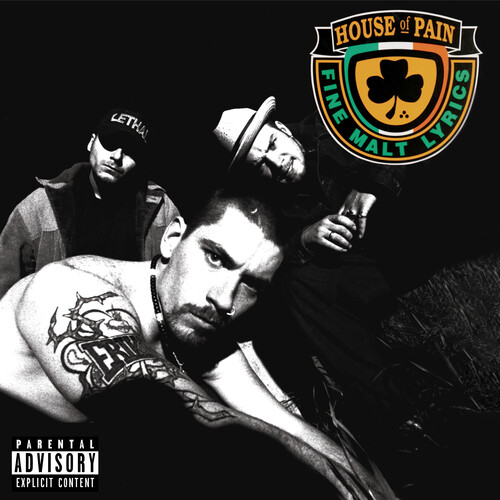 A7 Shamrocks And Shenanigans 3:38

In 1992 rap trio House of Pain hit the rap scene with their debut self titled album" House of Pain" fashioning themselves as rowdy Irish-American hooligans, they toured with various rap and alternative-rock bands after their breakthrough. They participated together with Helmet, along with several other rap acts, on the 1993 rap rock collaborative Judgment Night film soundtrack. "House of Pain" went multi-platinum and the self titled debut album spawned the successful producer DJ Muggs, who produced the single "Jump Around". The song was also remixed twice by Pete Rock, one version featuring a verse from him and one without. "Jump Around" became a hit in 1992, reaching number 3 in the United States. A 1993 re-release of the song in the United Kingdom, where the initial release had been a minor hit, peaked at number 8. "Jump Around" was featured at position 580 on Q Magazine's "1001 Best Songs Ever," number 24 on VH1's "100 Greatest Songs of the 90s," number 66 on VH1's "100 Greatest Songs of Hip Hop," number 325 on Blender's "500 Greatest Songs Since You Were Born" and number 47 on NME's "100 Best Songs of the 1990s." The song is popular among dancehall DJs and is widely regarded in the United Kingdom as a club classic. The album also featured Cypress Hill member B-Real on the song "Put Your Head Out" and Funkdoobiest's Son Doobie on "House and the Rising Son", both members of the musical collective known as Soul Assassins.