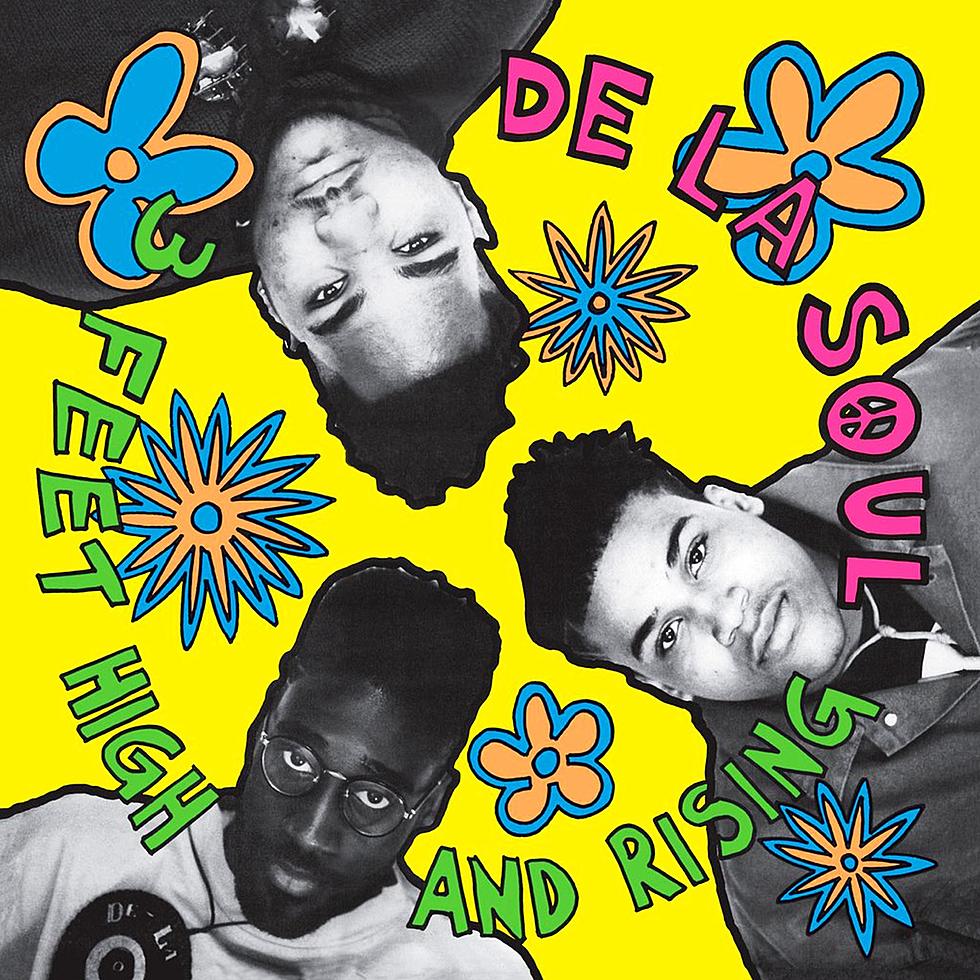 B1 Transmitting Live From Mars 1:12

AS PART OF TOMMY BOY'S 40th ANNIVERSARY CELEBRATION "3 Feet High and Rising" is the debut studio album by American hip hop trio de la Soul. It was released on March 3, 1989, by Tommy Boy. It marked the first of three full-length collaborations with producer Prince Paul, which would become the critical and commercial peak of both parties. Critically, as well as commercially, the album was a success. It contains the singles, "Me Myself and I, " "The Magic Number, " "Buddy, " and "Eye Know." The album title came from the Johnny Cash song "Five Feet High and Rising" It is listed on Rolling Stone's 200 Essential Rock Records and The Source's 100 Best Rap Albums (both of which are unordered). When Village Voice held it's annual Pazz & Jop Critics Poll for 1989, "3 Feet High and Rising" was ranked at #1, outdistancing it's nearest opponent (Neil Young's Freedom) by 21 votes and 260 points. It was also listed on the Rolling Stone's The 500 Greatest Albums of All Time. Released amid the 1989 boom in gangsta rap, which gravitated towards hardcore, confrontational, violent lyrics, de la Soul's uniquely positive style made them an oddity beginning with the first single, "Me, Myself and I." Their positivity meant many observers labeled them a "hippie" group, based on their declaration of the "D.A.I.S.Y. Age" (da inner sound, y'all). Sampling artists as diverse as Hall & Oates, Steely Dan and The Turtles, 3 Feet High and Rising is often viewed as the stylistic beginning of 1990s alternative hip hop (and especially jazz rap). It was ranked 7 in Spin's "100 Greatest Albums, 1985-2005, " ranked 88th in a 2005 survey held by British television's Channel 4 to determine the 100 greatest albums of all time. In 1998, the album was selected as one of The Source's 100 Best Rap Albums. In 2003, the album was ranked number 346 on Rolling Stone magazine's list of the 500 greatest albums of all time. In 2006, Q magazine placed the album at #20 in it's list of "40 Best Albums of the '80s." In 2012, Slant Magazine listed the album at #9 on it's list of "Best Albums of the 1980s." The album was also included in the book "1001 Albums You Must Hear Before You Die." 3 Feet High and Rising hit #1 R&B/Hip hop, Billboard Music Charts "One of the greatest albums ever made" - NME "The Sgt. Pepper of hip hop" - Village Voice #5 on the top 100 Albums of the Century - Spex Top album of 1989 - The Face, At #2 - Record Mirror, At #4 - Sound, At #5 - Rolling Stone, At #10 - Melody Maker In 2011, "3 Feet High and Rising" was among 25 albums chosen as additions to the Library of Congress' 2010 National Recording Registry for being cultural and aesthetically and also for it's historical impact. "America's recorded-sound heritage has in many ways transformed the soundscape of the modern world, resonating and flowing through our cultural memory, audio recordings have documented our lives and allowed us to share artistic expressions and entertainment. Songs, words, and the natural sounds of the world that we live in have been captured on one of the most perishable of all of our art media. The salient question is not whether we should preserve these artifacts, but how best collectively to save this indispensable part of our history."- James H. Billington from the Library of Congress. Coincidentally, Steely Dan's album Aja, from which "3 Feet High and Rising" samples, was also named to the registry that year. The album is also credited with introducing the hip hop skit, a style of comedic sketch used both to introduce rap albums and as interludes between songs.