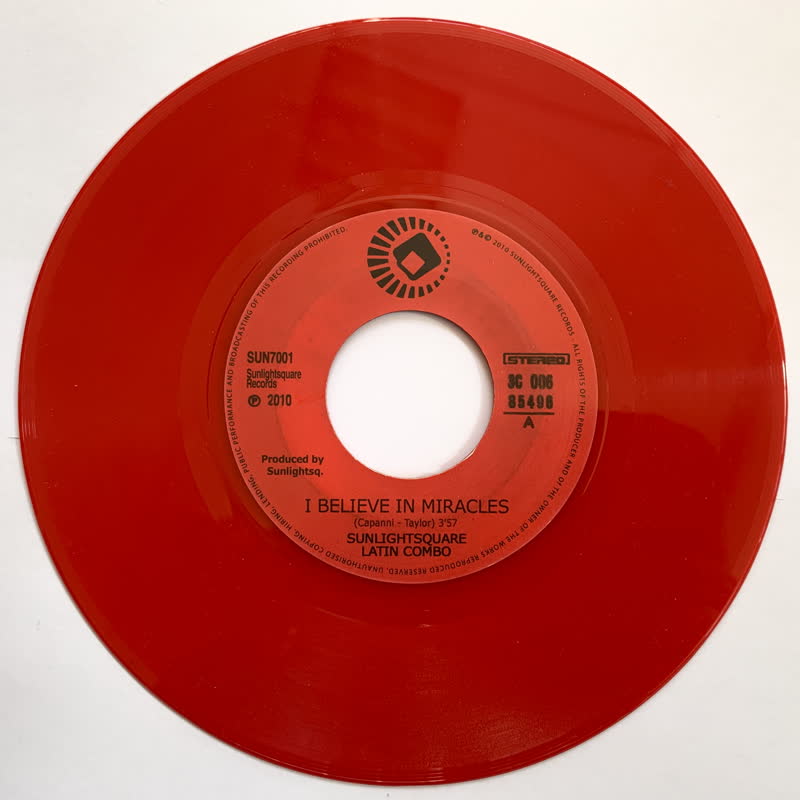 Sunlightsquare, I Believe In Miracles

Here's Sunlightsquare's 10th Anniversary special red edition of "I Believe In Miracles" 7inch vinyl record. This is a repress from the same metalwork as the original 2010 release.

One of the most played tracks in latin music circles worldwide for the past decade, this salsa cover of Jackson Sisters' 1973 hit was produced by British-Italian pianist and producer Claudio Passavanti. The recording features a 25 piece band recorded live in Cuba, at Instituto Cubano de Radio y Televisión in Havana.

The original 45 has become very rare amongst vinyl collectors, being valued between 50 and 200 USD on Discogs at the time of writing. This special edition looks and sounds 100% as the original (pressed by the same plant using the same stamper) except... it's in bright red vinyl!