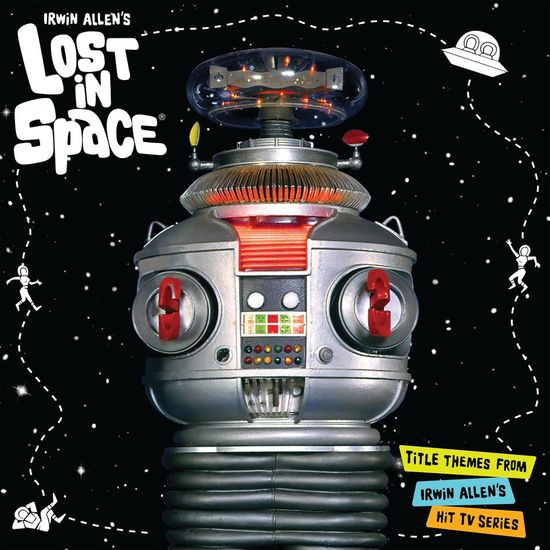 The A-Side collects some of the earliest work by legendary composer John Williams (known then as “Johnny Williams”), showcasing the burgeoning talent that would go on to score such iconic film soundtracks as JAWS, STAR WARS, RAIDERS OF THE LOST ARK, E.T., JURASSIC PARK, SCHINDLER’S LIST, SAVING PRIVATE RYAN, HARRY POTTER and many more.
The B-Side features rare interviews with Lost in Space cast members Jonathan Harris, Guy Williams and June Lockhart, as well as with series creator Irwin Allen. As a bonus, the title theme from the 1998 documentary Lost in Space Forever caps off this classic collection.
A true American sci-fi classic which commands a dedicated following both young and old, LOST IN SPACE was created and produced by Irwin Allen and ran for three seasons, with 83 episodes airing between 1965 and 1968.