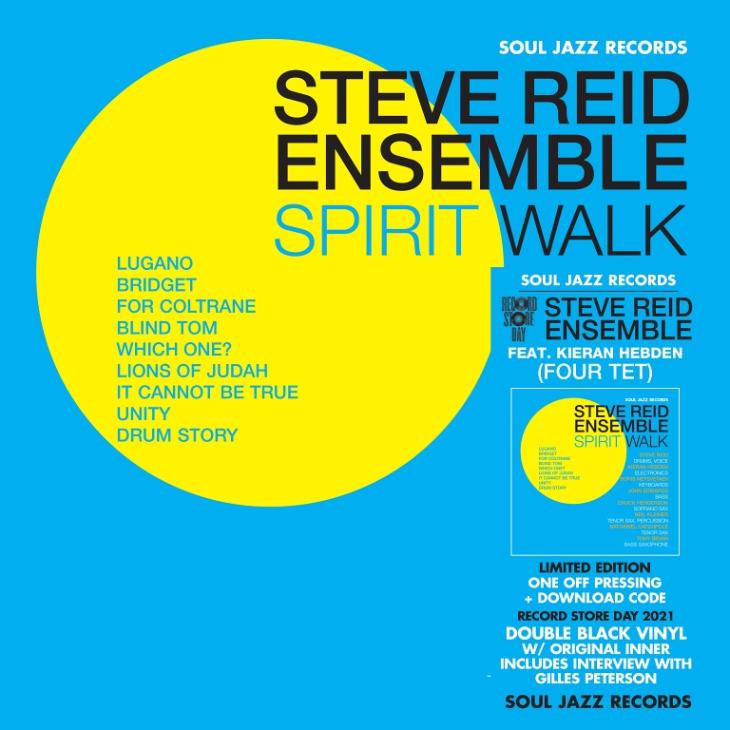 Out of print for nearly 15 years, this album was recorded at the start of the long-relationship between Kieran Hebden and drummer extraordinaire Steve Reid. Soul Jazz Records had begun to release Reid’s music in 2000, reissuing much of his early catalogue of radical, deep and spiritual jazz music from the 1970s when an encounter between electronic music pioneer Kieran Hebden and Steve Reid effectively launched a new career for jazz drummer Reid – a man steeped in history having played with John Coltrane, Miles Davis, Fela Kuti, Motown and much more. Kieran Hebden and Steve Reid released a set of ground-breaking albums together in London, New York and Africa (including four on Domino Records) and continued to work together up until Steve Reid died in 2010. This album launched the start of this new connection between the two very different and yet connected artists – a mixture of electronic and jazz sensibilities like no other. The album ‘Spirit Walk' contains an updated version of Reid’s seminal ‘Lions of Judah’ (originally released on Reid’s classic ’Nova in 1976), ‘For Coltrane’, and the stunning and epic 15-min ‘Drum Song’.

The album comes with complete original artwork, including innersleeves (featuring an interview with Steve Reid by Gilles Peterson).