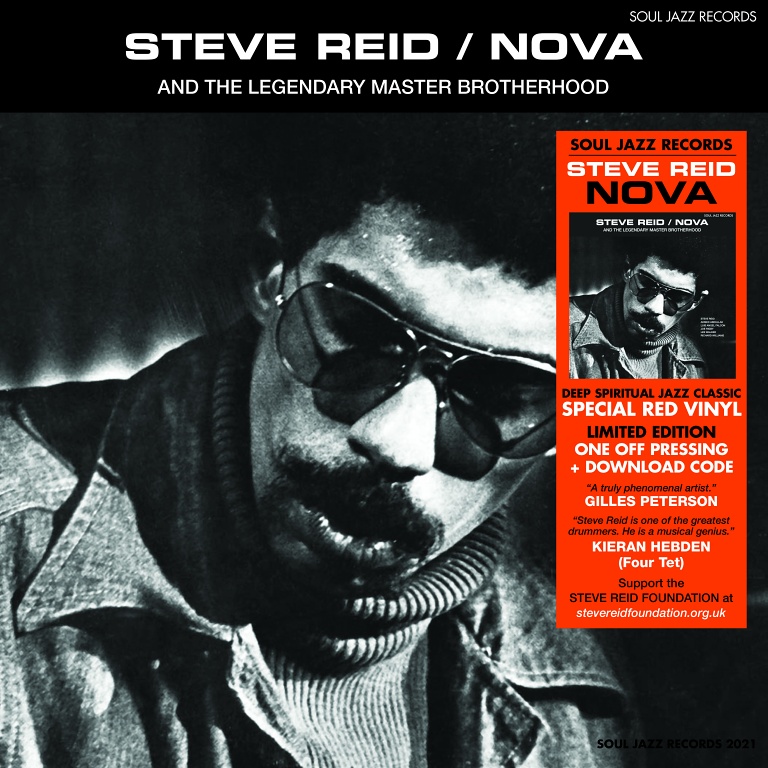 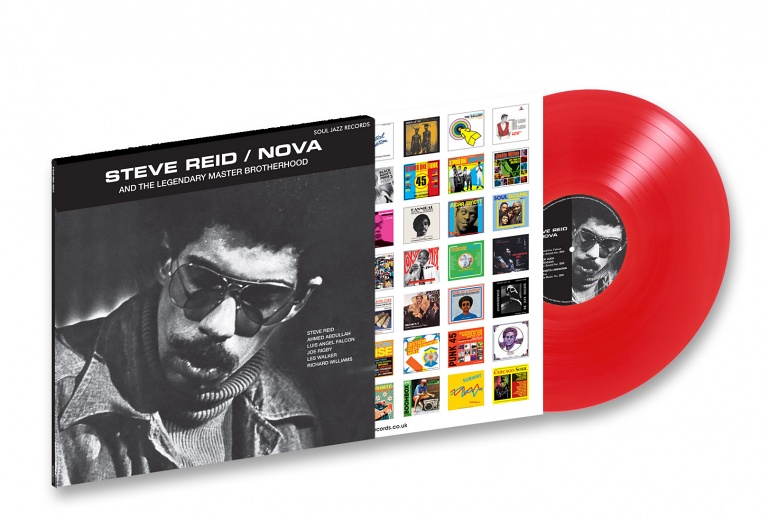 Reid was born in the South Bronx, and grew up in Queens, New York. He played in the house band at Harlem's Apollo Theatre, accompanying James Brown, as well as playing in Sun Ra's Arkestra. He lived next to John Coltrane, worked in a department store with Ornette Coleman, had a son who played drums with NWA. He began his career as a teenager in the 1960s as a drummer at Motown when he played on Martha and The Vandellas "Heatwave" (aged 14).

At the end of the 1960s Reid was sentenced to four years in jail as a conscientious objector of the Vietnam war. On his release from prison in 1974, he formed the Legendary Master Brotherhood and started the independent record label, Mustevic Sound, to release his debut LP Nova in 1976. This album is released in its entirety and with full original cover art here. Nova was the first in a series of stunning independent records he released in the 1970s.

At the start of the 21st century, his career took a new twist when Steve Reid began a successful collaboration with Kieran Hebden (Four Tet). Hebden referred to Reid as his ‘musical soul mate’, resulting in a number of joint albums.

Steve Reid died in New York in 2010. Subsequently the Steve Reid Foundation was set up in his name, to help aspiring musicians and artists.