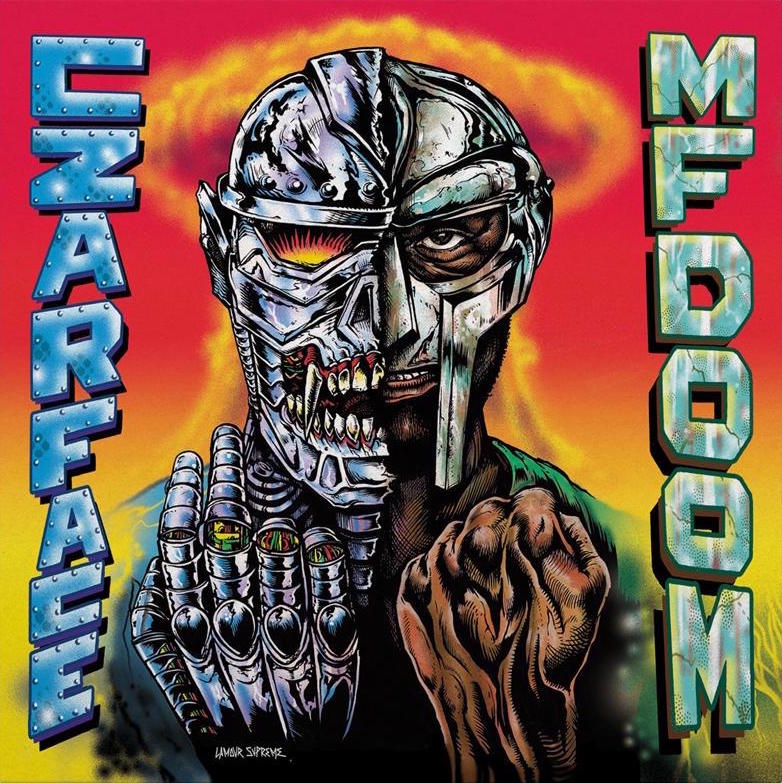 A1 Take Your Medicine

A2 Meddle With Metal

A3 Badness Of Madness

A7 Don't Spoil It

B2 You Masked For It

Rising from the wreckage of a war torn planet, Czarface joins forces with MF Doom in the epic Czarface Meets Metal Face!

Blending Doom's trademark abstractions and Czarface's in-your-face lyrical attack, this album is ripe with cartoon violence, societal observations and pop culture musings. Over banging beats provided by The Czar-Keys, the armored team give you the witty unpredictable treats any hip-hop fan can sink their fangs into.

Expect beats, rhymes, and metal as Czarface controlled by Wu-Tang Clan powerhouse Inspectah Deck and 7L & Esoteric team up with everyone's favorite villain, MF Doom. With track titles like "Nautical Depth","Meddle With Metal", "Astral Traveling" to "Madness of Badness" this album packs a punch with 16 brand new tracks. Add that with features from Open Mike Eagle and Jedi Mind Tricks' Vinnie Paz, we promise you mind-bending metaphors and brain-melting beats as this powerful pairing sounds off in March 2018!