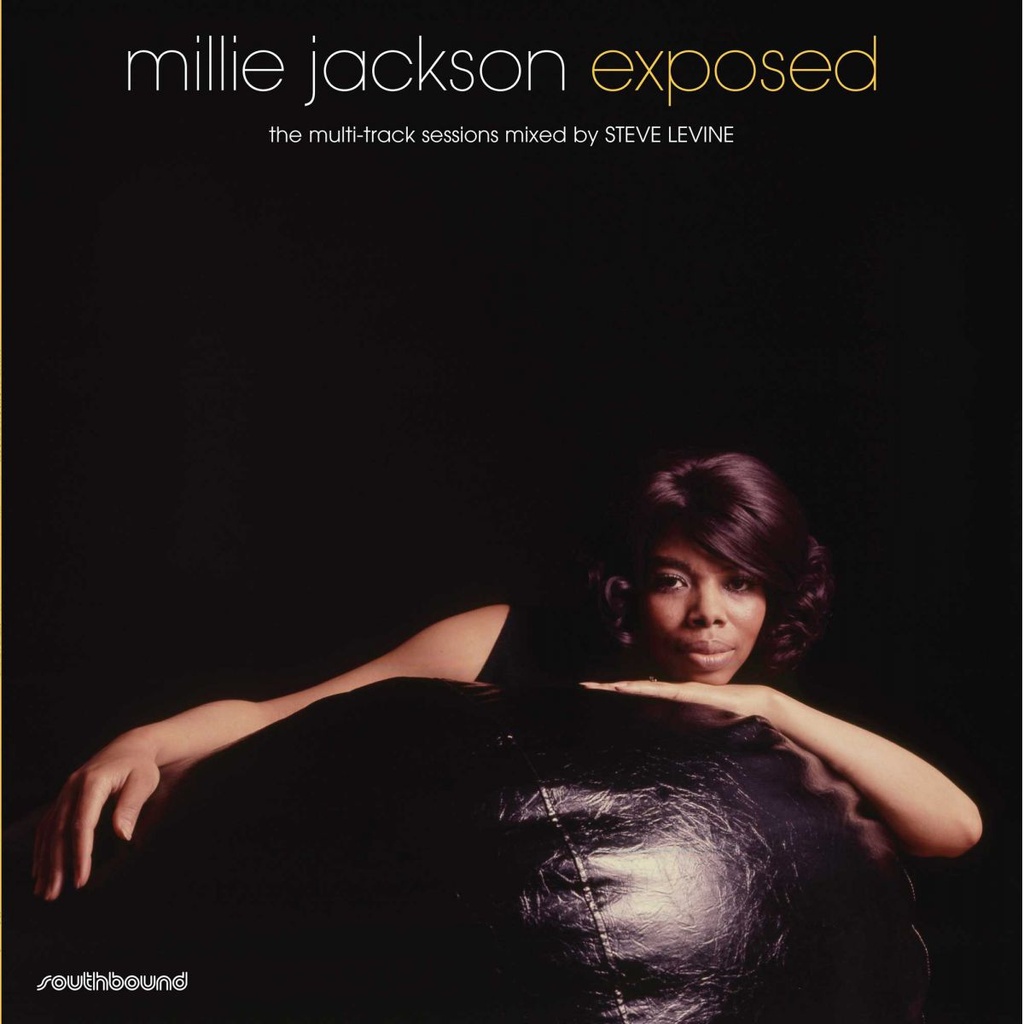 Millie Jackson Spring sides exposed as fantastic recordings of great songs, played by remarkable musicians and sung by a truly amazing singer. Remixed by Steve Levine to bring them into the sharpest focus.

I first met Steve Levine at PPL, where we are both on the board, and found he was a huge Millie Jackson fan. So a plan was hatched to investigate the Millie Jackson multi-track tapes to see if something new and fresh might be made of them. It took a while but eventually we transferred all available analogue tapes to digital and shipped a large drive full of music to Steve’s studio in Liverpool. Much unravelling took place and gradually a potential track listing evolved.

In choosing the repertoire we went for a mixture of dancers and grooves, both of which showcased Millie’s fantastic vocals. Sometimes I wonder if her social/sexual political narrative songs and raps have overshadowed the fact that she is a remarkable soul singer, truly one of the greats.

The bedrock was there with really fine recordings in state-of-the-art studios by some of the finest musicians available in the 70s. Not least of which were the Swampers down in Muscle Shoals with David Hood, Roger Hawkins, Barry Beckett and Jimmy Johnson as the backbone, while background vocals were regularly handled by Brandye and the Moments.

Often the tracks were cut at Muscle Shoals Studio lending the material a solid groove, and sweeteners were added later in New York, Philly or Detroit using great arrangers such as David Van DePitte, well known for his work at Motown, and the ubiquitous Mike Lewis.

With such fabulous source material it just needed a great producer/engineer with a sympathetic ear and a passion for the music to turn the tracks into something fresh and new sounding using the undoubted advantages of digital technology that allows soundstages and editing that would not have been possible at the time. Steve’s background in pop to rock to soul and back again and his work on the BBC2 programme the Record Producers made him an ideal person to take the music to different places.

These are by no means in the style of the contemporary remix, which use small elements of the original, making a new track and floating the vocal over the top. Everything on “Exposed” was played on the original tracks and why would you want to add anything when the standard of musicianship is so high?

“Exposed” is an apt title as these mixes open out the sound so you can hear the individual instrumentation more clearly. The tracks are also extended, taking advantage of some of those great grooves, looping them and adding a new dynamic. This is most apparent on ‘I Cry’ with the dramatic, ethereal almost Portishead intro adding even more drama to a little known but superb social commentary song from Millie. The swirling reverb on ‘If Loving You Is Wrong (I Don’t Want To Be Right)’ heightens what is one of the most conflicted disturbing lyrics in soul music. Check the keyboards driving ‘My Man, A Sweet Man’ in a whole new way and the subtle dance groove of the steamy duet with Isaac Hayes on ‘Sweet Music, Soft Lights And You’.

There is no intention here to compete with the original versions but to respectfully produce alternative versions not possible at the time, bringing them closer to a more contemporary audio experience in a digital age with an analogue heart.