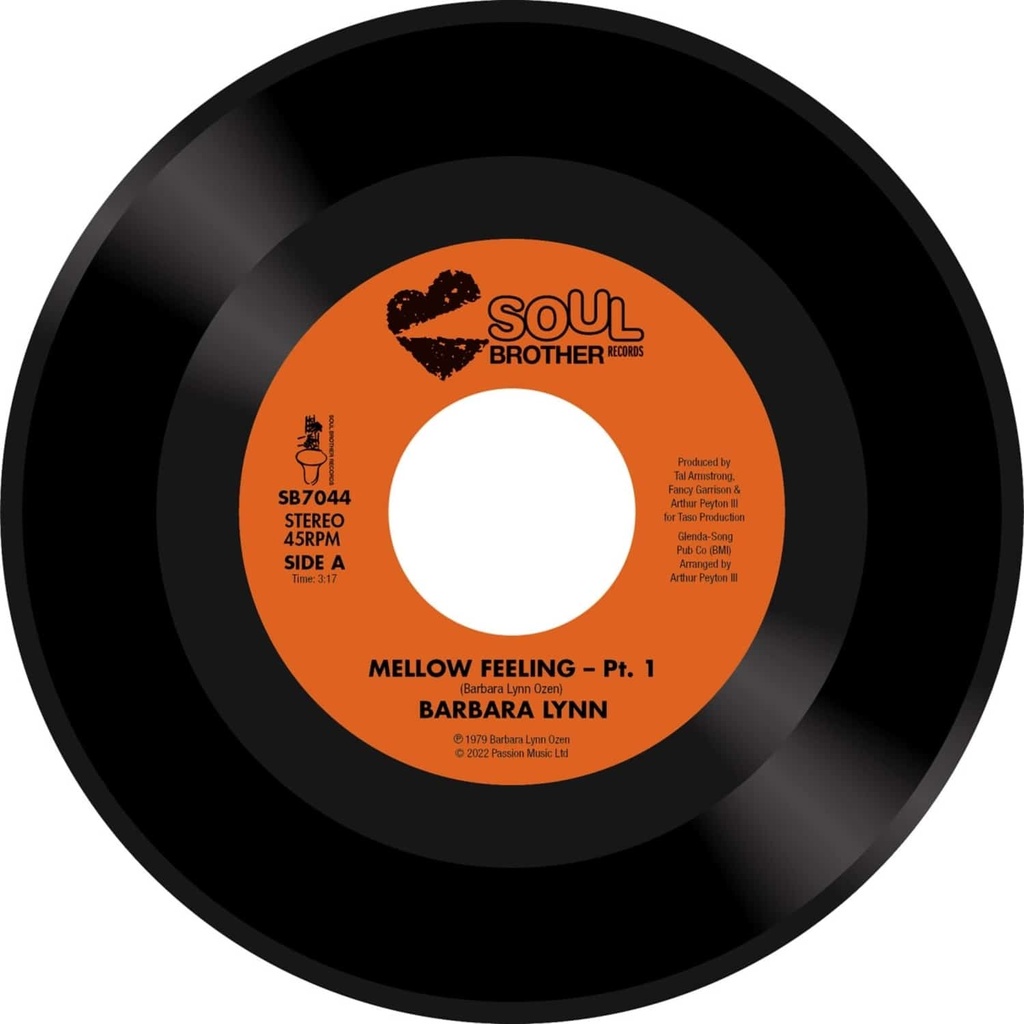 Barbara Lynn is a singer, songwriter and musician from a golden era of soul. On Soul Brother Records the success of “Movin’ On A Groove” showed the popularity she retains, and Soul Brother’s earlier coupling of “I’m A Good Woman” with “I Don’t Want A Playboy” further illustrated this. “Mellow Feeling” was first issued in 1979. It’s a lesser known track from the time, but is now more in demand than ever before. Original copies have exchanged hands for over £1,000. Very few of those are known to be in circulation, and it is very unusual for such a well-known and revered artist to have made such a rare record. That makes this an essential purchase for soul fans.