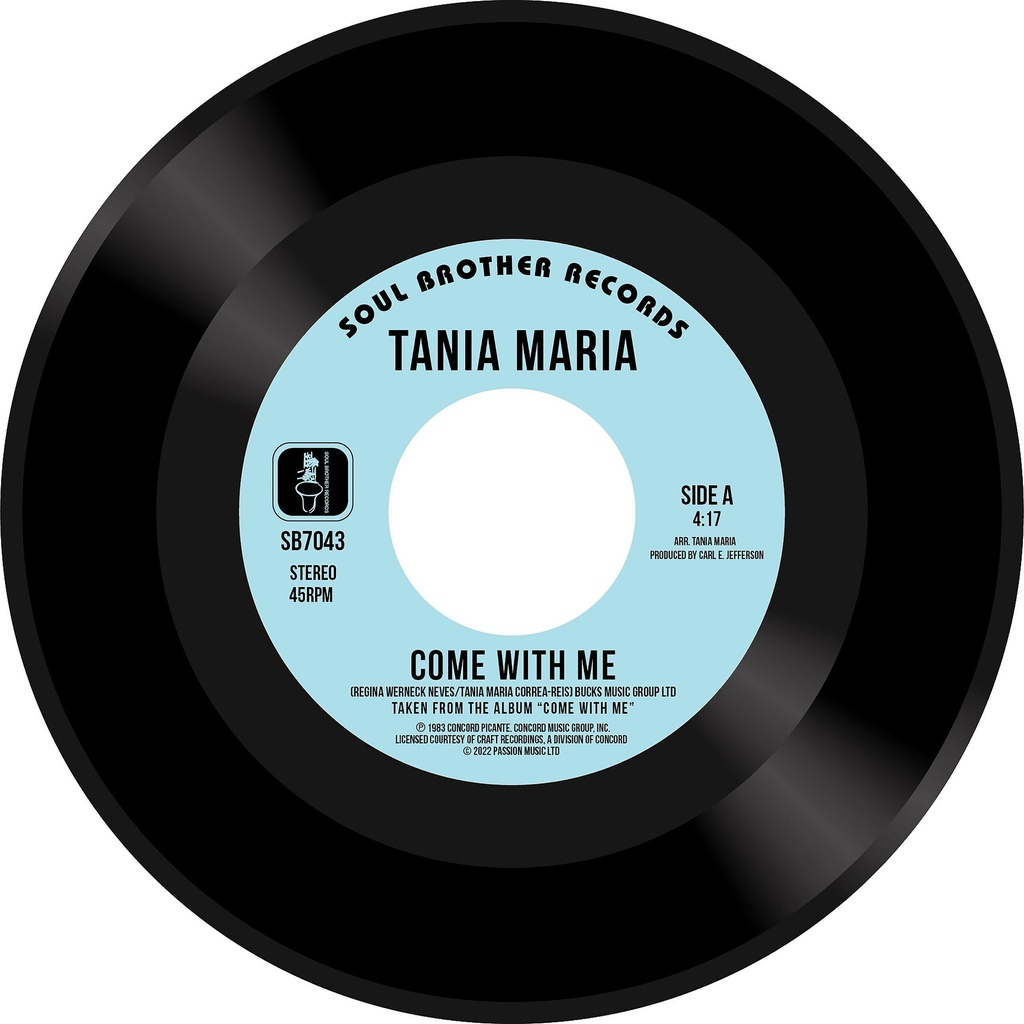 Tania Maria, Come With Me / Lost In Amazonia

Tania Maria is a singer, composer and piano player from Brazil. It was a period in the early 80s that she became popular on the latin jazz, soul and fusion fans with her albums for the Concord Jazz Picante label and “Come With Me” is perhaps best remembered from that period. It has only once previously in 1983 been existed as a 7” promo only single, original copies exchanging hands now for over £125. Both songs are produced by Carl E. Jefferson who ran Concord Records since 1972. Tania has recorded since 1969, she’s Grammy nominated and has performed all over the world at major jazz festivals. “Come With Me” has been covered and sampled over the years and remains a timeless soul jazz classic.