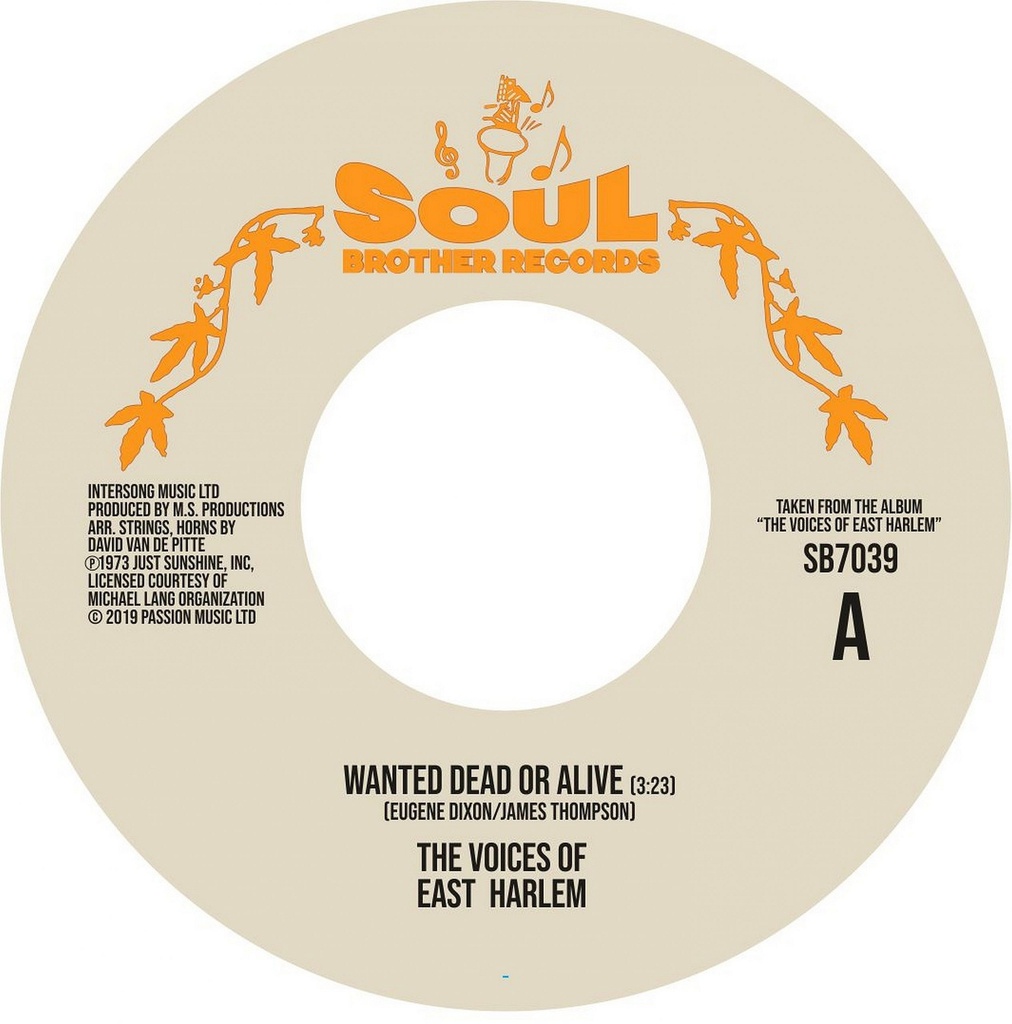 The Voices Of East Harlem, Wanted Dead Or Alive / Can You Feel It

Leroy Hutson and Curtis Mayfield, released by Just Sunshine Records, over the course of five years, the community-based collective Voices Of East Harlem blessed the world with three albums and a whole string of funky singles, including these two cult tracks. “Wanted Dead Or Alive” is straight up funk with a strong splash of gospel. One of their most popular cuts, it was taken from their 1973 self-titled album. “Can You Feel It” on the B offers much more of a rare groove and funk vibe with keys and some powerful backing vocals. It still sounds as fresh as it did 45 years ago. You feeling it?