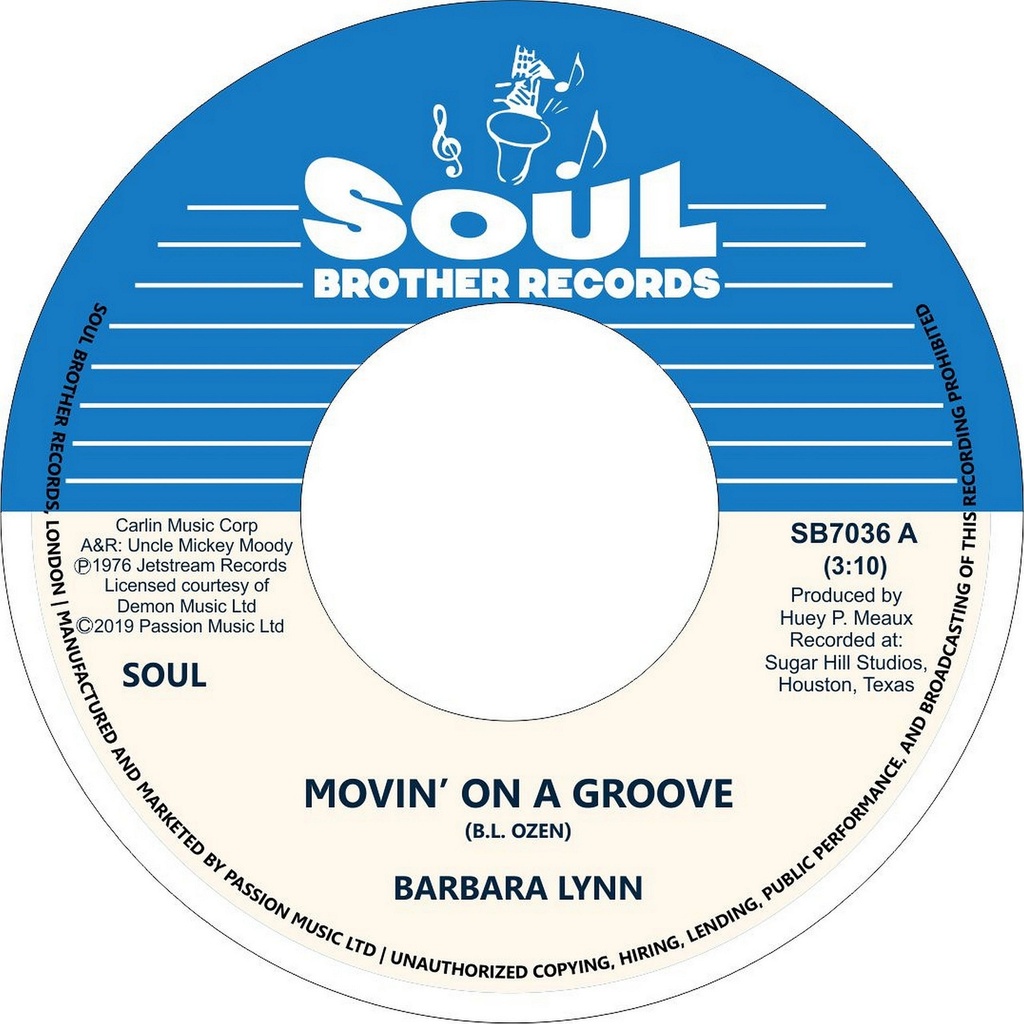 Barbara Lynn is a singer, songwriter and musician from a golden era of soul. While she is best known commercially for 'You'll Lose A Good Thing' (1962) there is so much more to her repertoire across ten albums (including 'You're Losing Me' from her Atlantic years classic album 'Here Is Barbara Lynn') and the 7' single 'Movin' On A Groove' remains her most sought after. It's a modern soul indemand anthem, first released in 1976, original copies have exchanged hands for £300. And the now the funkier flip side 'Disco Music' has become indemand in it's own right, this 7' reuniting the two sides as a very strong 45 release for DJs and collectors alike.