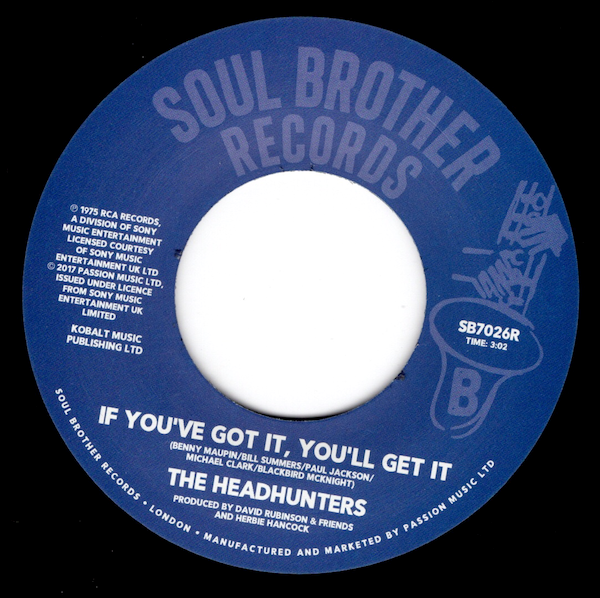 The Headhunters, God Make Me Funky / If You've Got It, You'll Get It

This superior 4 min version has only previously been issued as a rare Promotional only 45 in 1975 and has never been reissued on any format since. The original version is on sale on Discogs for £150. Aside from being on the best ever Funk tracks, this cut is also one of the most sampled tracks ever, having been used in over 200 tracks recorded since its release, by artists including Nas, De La Soul, Eric B and Rakim, J Dilla, Redman, Jamiroquai, Jungle Bros, DJ Jazzy Jeff, Common, Slum Village, The Fugees, Snoop Dogg, Patti Labelle, Toni Braxton, SWV and Usher. amongst many others. The flip side ‘If you’ve got it You ‘ll get it’ is an in demand single in it’s own right, making a great Double A sided single.