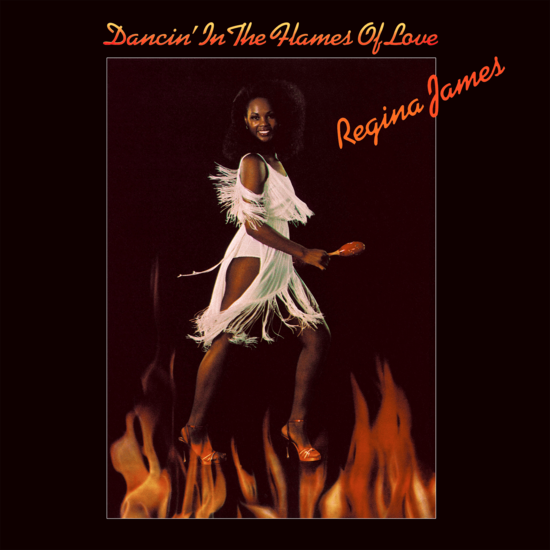 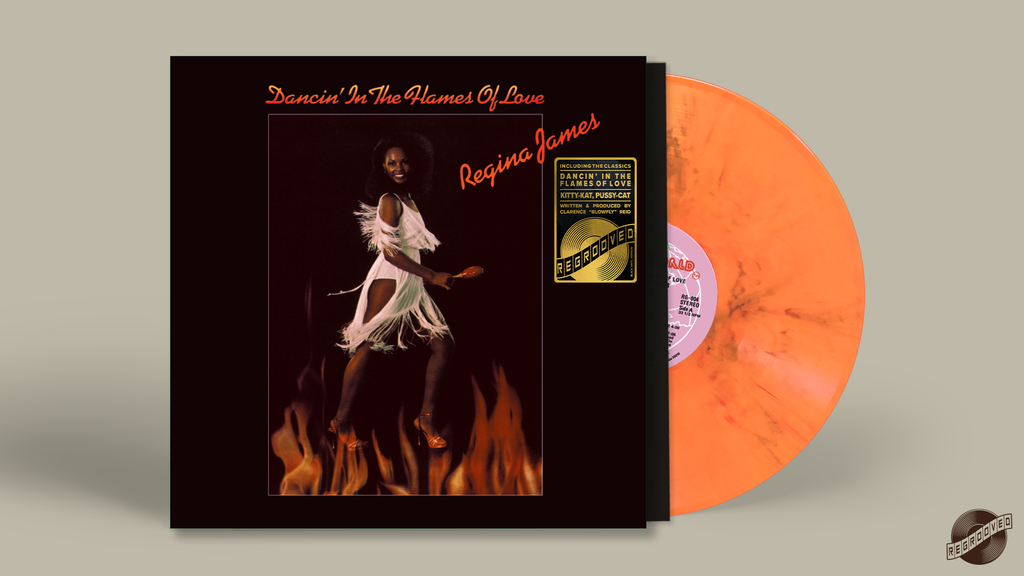 Regina James, Dancin' In The Flames Of Love (COLOR)

Dancin' In The Flames Of Love
Kitty-Kat, Pussy-Cat - Medley
Driving
Primitive
A Tribute To Music
Alfie
Be Leaving


If you’re in the middle of a soul searching effort, we’re more than willing to point you in the right direction! ReGrooved has taken it upon itself to rerelease an otherwise lost treasure called Dancin’ in the Flames of Love by Regina James. This record first saw the light of day back in 1978 and was never reissued on vinyl.

Not only was this album the only one ever released by the singer, it seems that security has claimed her ever since. Only three singles under her name have come forth, one standalone 7” called ‘Gee Wiz Boy – backed with ‘My Man Is Coming Home’ – followed by ‘Alfie/Dancin’ in the Name of Love’ in support of her album. After the Maxi-Single ‘My Love (Ain’t Gonna Never Let You Get Away)’ – again using ‘Dancin’ in the Name of Love’ for the B-side – she has literally vanished from any and all charts.

Her legacy lives on, though. Apart from the obscurity that surrounds both the record and its performer, another important detail makes this disc an important collector’s item. For it seems that Regina James was a protégé of none other than legendary songwriter, producer and vocalist Clarence Reid, who actually became (in)famous through his controversial XXX-rated stage persona Blowfly!

Many of the songs on Dancin’ in the Name of Love were written by him – including the title track. Catchy soul, funk and disco rhythms are given an extra dimension by various synthetic sound effects and James’ sultry vocals. She often uses narration to introduce a track and ease the listener into the subsequent grooviness.