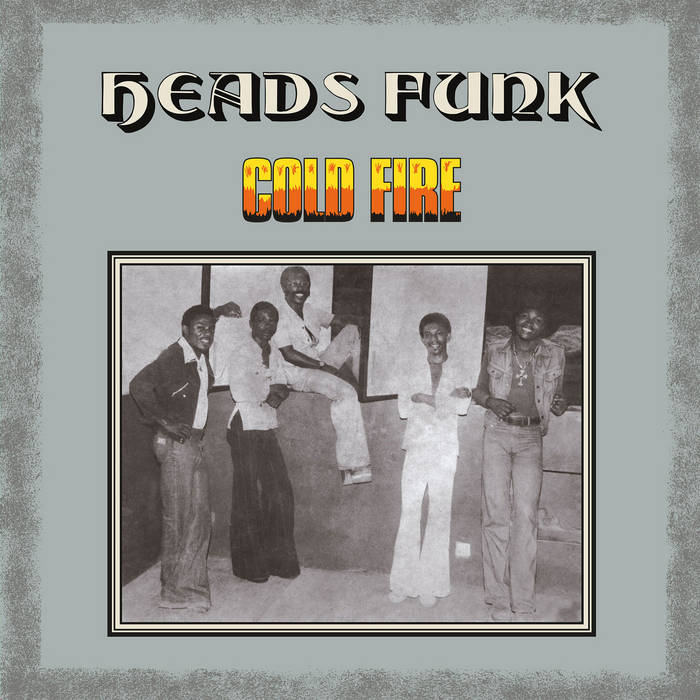 A1 Out Of Sight

A3 I Need Your Loving

A4 Got To Know

B3 Not Yours Anymore

B4 Put On Your Funky Shoes

* Power funk from one of the most popular Nigerian Funk acts

The self-proclaimed funkiest band on the west coast of Africa, the Heads Funk Band, could arguably make that claim for the whole continent. Featuring the slick guitar of Felix ‘Feladey’ Odey, the slinky drumming of Eddie Offeyi and the swirling keyboard chops of Kevin ‘Fortune’ Coburn, nobody was funkier. And that’s not even taking into account the dance floor monsters they were releasing at the same time as Akwassa. Cold Fire was their second album as the Heads Funk Band. Where their first album, Hard World, was in a hurry to get you on the dance floor, on Cold Fire the funk is given room to breathe. The title track has a dark ghetto groove, straight from the mean streets of New York. ‘Got To Know’ has a loose, feel good vibe. ‘Put On Your Funky Shoes’ and the instrumental, ‘Funky Port Harcourt’ live up to their names. With Feladey laying down a hybrid chicken scratch/wah-wah sound over Eddie Offeyi’s assured drumming, and ‘Fortune’ Coburn supplying the free-range keyboards, this is a band at the height of their powers. Cold Fire is killer stuff and proof that in the mid-seventies Nigeria was producing the funkiest bands in the world. – Peter Moore