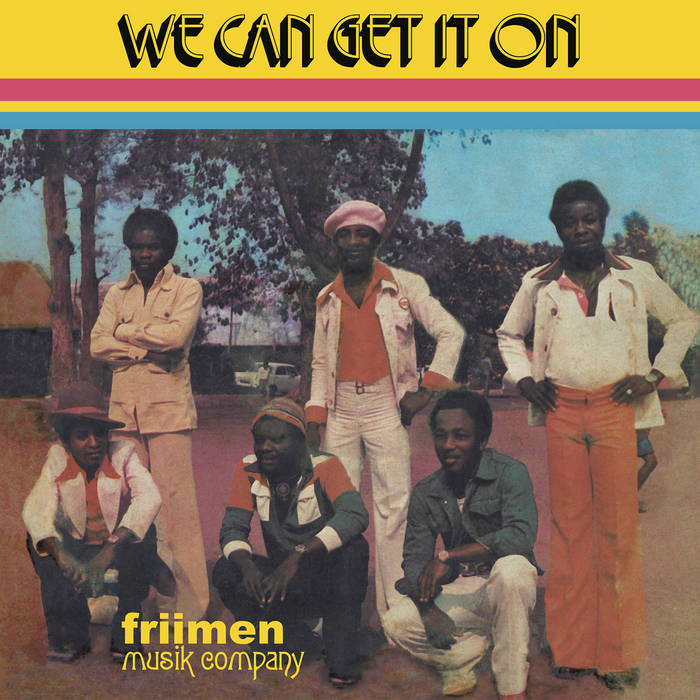 Friimen Musik Company, We Can Get It On

By the mid 1970’s in Nigeria, the Biafran War was a distant memory and the music scene in the eastern city of Aba was booming again. Bands like The Funkees, The Wings and The Apostles grabbed the headlines, but the more interesting stuff was coming from smaller groups like the Friimen. The Friimen, or the Friimen Muzik Company to use their official name, were influenced as much by pre-Saturday Night Fever Bee Gees as Jimi Hendrix and James Brown. In Beni Tudumey they had the best keyboardist in the city, and in Dan Igbaji, Charlie Eze and Ken Okogbue its tightest rhythm section. Throw in Gbemi Saka Toju channeling his inner Barry Gibb and you had a band quite unlike any other in the country. The result is We Can Get it On, a hybrid of West Coast ballads and dancefloor chuggers. One moment they are thanking God for making the mountains (‘The Creator’), the next salaciously suggesting it’s time to make the mountains move (‘We Can Get It On’). Some of the songs simply state the obvious (‘Music Makes You Move’.) However, it’s the track, ‘Salt Sweet Style’, that sums up the Friimen best: “We have the salt. We have the sweet. We have the style.” It’s all present and accounted for on We Can Get It On. - Peter Moore