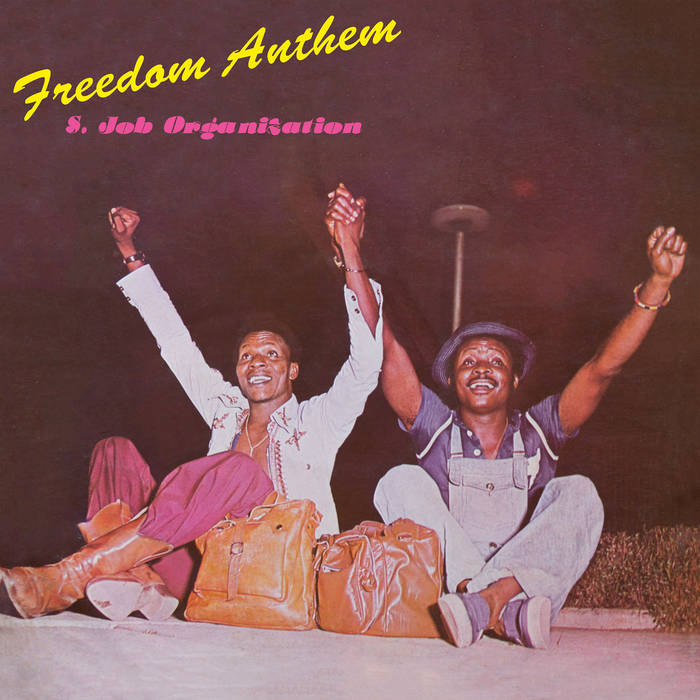 S. Job Organization (also known as SJOB Movement) was a rarity in the Nigerian music scene ‘ a collective of equals in a world where band ‘leaders’ ruled the roost and ‘band boys’ had to make do with the crumbs. The name was an acronym representing each of the members ‘ Samuel ‘Spark’ Abiloye, Johnnie Woode Olimah, Ehima ‘Blackie’ Ottah and Prince Bolarinwa Agba. They were music scene veterans and the nucleus of Sonny Okosuns’ group, Ozziddi. Unshackled, their undeniable chemistry fizzed. Listen to a SJOB record and you can almost hear band members nodding their heads in appreciation of each others’ mad skills. On Freedom Anthem, the music is deep, dark and funky. It took inspiration from the new sounds coming out of black America with a focus that was increasingly political. ‘Ayamoto’ calls for Africans to stand up for their rights. ‘Freedom Anthem’ is another funky call to arms. ‘Oya’ and ‘Wombiliki’ incorporate local folk sounds and a tinge of reggae for a distinctly African burnish. The egalitarian structure of SJOB eventually lead to its demise. Without a dominant personality to galvanize the band, they lost direction. Johnnie Woode rejoined Ozziddi. Prince Bola joined King Sunny Ade. The great social experiment was over. But in Freedom Anthem, the magic it created lives on. – Peter Moore