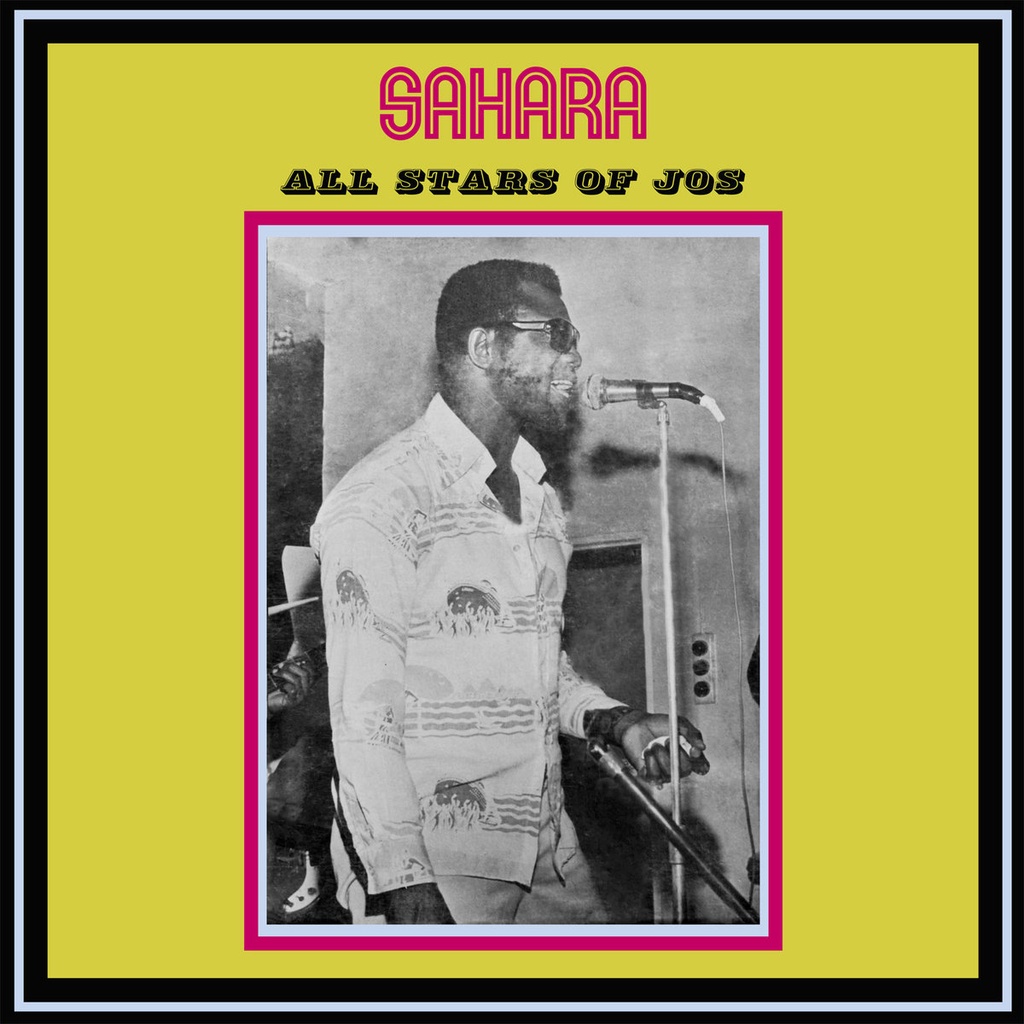 Sahara All Stars Of Jos

A1 Freedom For Africa

B1 Take Your Soul

* First ever official release on CD

Based in the Havana Nightclub, in the central plateau town of Jos, the Sahara All Stars of Jos weren’t part of the Lagos scene or the one in the east. Their leader, Dan Satch Ayo, had played with Dr Sir Warrior in the Orientals. He’d jammed with Mohammed Ahidjo and Sonny Akpan from The Funkees. Together with the All Stars he took the best of both scenes and created his own tight, hypnotic groove. First released in 1978, Sahara All Stars of Jos is a musical journey through all of those influences. ‘Freedom For Africa’ is a potent rallying cry sugarcoated with a sweet reggae vibe. ‘World People’ is an Afrobeat gem that condenses a night out at The Shrine into 10 min 43 secs. You can almost feel the steam coming out of New York manholes on ‘Take Your Soul.’ And the Highlife-tinged ‘Alikali Adajo’ brings it back, full-circle, to the Jos Hotel, just off the roundabout, where it all began. Engineered by Fela Kuti’s regular knob twiddler, Emmanuel A. Odunesu, Sahara All Stars of Jos is a tight, funky sonic gem and a timely reminder that, in 70’s, the groove was strong all over Nigeria.