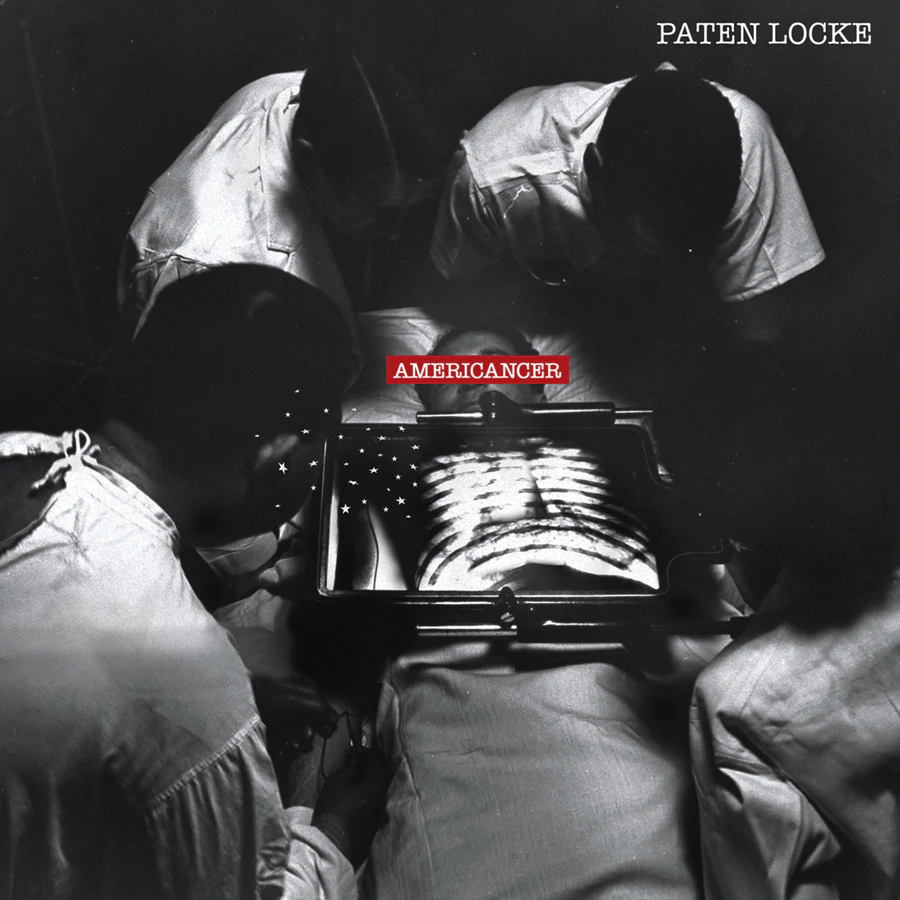 After his untimely passing in 2019, we are proud to present the first official posthumous album from the catalog of Paten Locke - 'Americancer'. On 'Americancer', the first of a pair of albums that the beloved triple-threat left behind (along with much more), we find Paten doing what he does best: chopping up rare & obscure vinyl records, lacing them with chunky, dusty drums and then proceeding to rap & scratch with purpose & precision. The skull-cracking beats range from triumphant to tragic & everything in between. A steadfast cynic, Paten's rhymes run amok as he bounces between dropping gems of knowledge & philosophy to bullying you with braggadocio - always delivering with his trademark sardonic wit and the utmost of confidence. It would be remiss of us to not mention that in 2017, this album was mostly complete with plans for it to be released - with the name 'Americancer' already intact. This never came to fruition however, as Paten was diagnosed with Stage-4 Cancer in the summer of 2019 and would pass soon after in August of 2019. The irony is not lost on us. A musical prophet to be sure, we are honored to carry out Paten's legacy and continue to share his gifts and talents with the world, just as P intended.