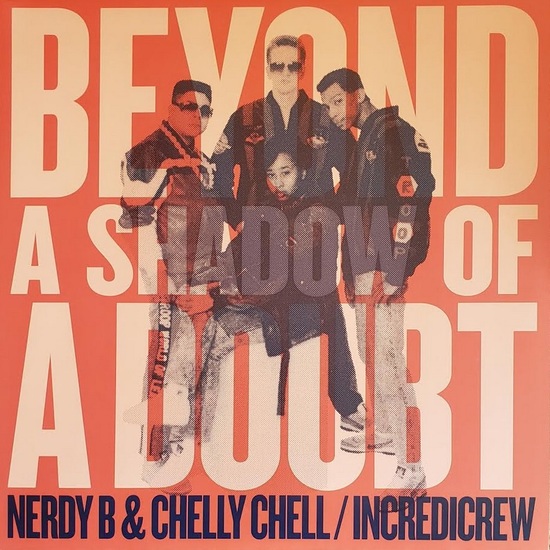 Nerdy B & Chelly Chell, Beyond A Shadow Of A Doubt

Beyond A Shadow of A Doubt

Nerdy B On The Wheels

I Came To Party

Before I Let Go

First time released in any format

Chelly Chell is one of Seattle’s first female rappers

Beyond A Shadow Of A Doubt was recorded in ’88 and ’89 here in Seattle by two young producers, Danny Dee Rock and CMT, who went by the name Incredicrew. They juxtaposed DJ Nerdy B’s fresh scratching with Chelly Chell’s clever rhyme delivery and the results are stunning. The four of them created true magic on this now available album, which has been lost to history for thirty-one years. Chelly Chell’s rap skill places her in the upper echelons of Seattle rap greats. Nerdy B’s furious scratching and cutting create a true hip hop soundscape. And Incredicrew brings the dope beats that the late ’80s were known for. Buy this classic album now!