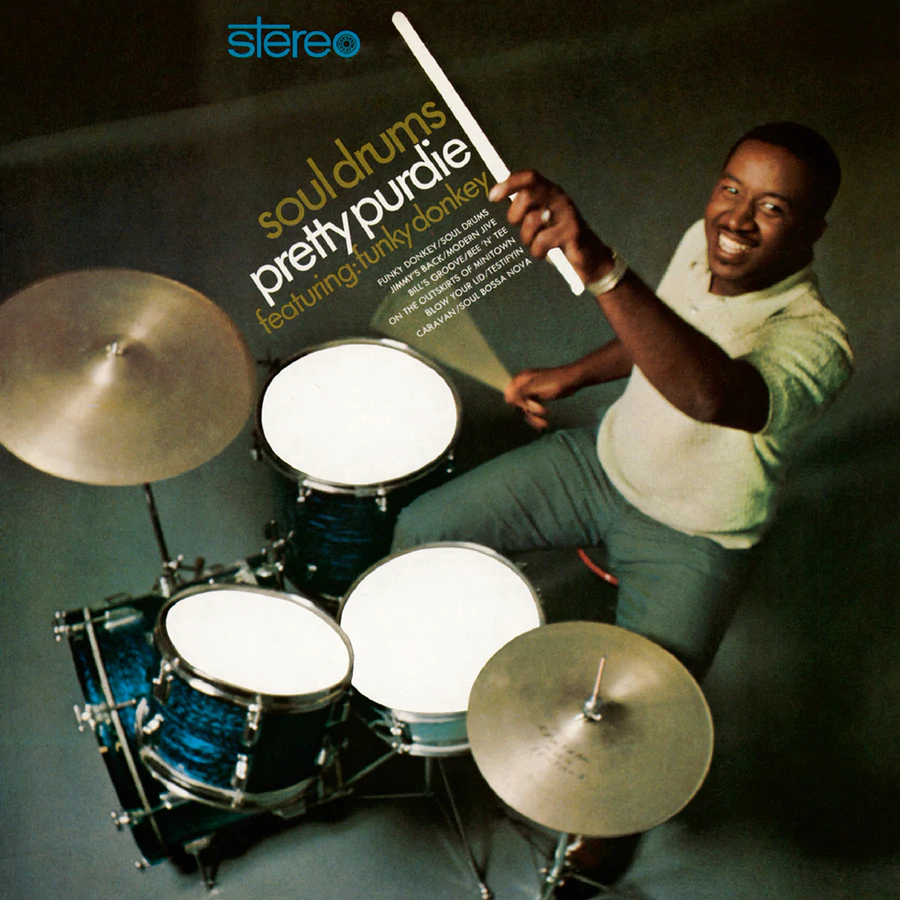 Bernard Purdie is one of the most well known drummers of all time, and probably the most recorded in history.

From his early days as a session player, Purdie rose to become Aretha Franklin’s musical director, did over-dubs for The Beatles, and recorded with the likes of Steely Dan, Cat Stevens, Joe Cocker, Hall & Oats, Quincy Jones, Roberta Flack, and James Brown, to name a few. In 1967 he entered a studio with several friends to cut his first solo album, "Soul Drums". The album was critically acclaimed upon its initial release, only to reach mythical proportions once being rediscovered by DJs and hip-hop producers years later, when it became one of the most sought-after drum LPs among vinyl collectors. "Soul Drums" is now available on vinyl for the first time in years, along with an entire bonus LP comprising Purdie's long-lost follow-up LP "Alexander’s Rag Time Band", which was never given a proper release. This deluxe gatefold re-issue also includes liner notes taken from a recent interview with Purdie, plus rare photos from the late 1960s.