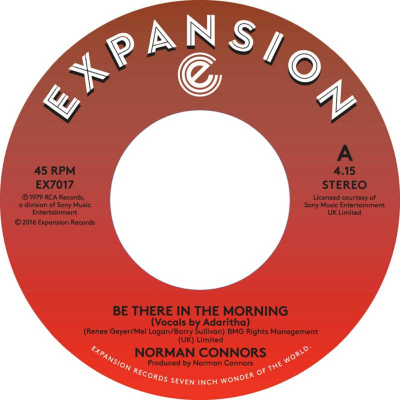 Norman Connors, Be There In The Morning / I Don't Need Nobody Else

Norman Connors was a 'go to' producer in the 70s and 80s for soul and jazz while recording an impressive array of solo albums. His first instrument is drums, and across his recordings were the introduction of singers who went on to have their own indivisual careers. Besides people like Jean Carn and Phyllis Hyman were Adaritha (who recorded as Ada Dyer) and Al Johnson who recorded solo albums after appearing here with Norman Connors on records not previously issued on 7' singles. Both songs here are interpretations, Be There In The Morning' composed and also released by Australian artist Renee Geyer, while I Don't Need Nobody Else' was composed by Lou Courtney. These are stunning renditions and dancefloor killers, only previously being album tracks.