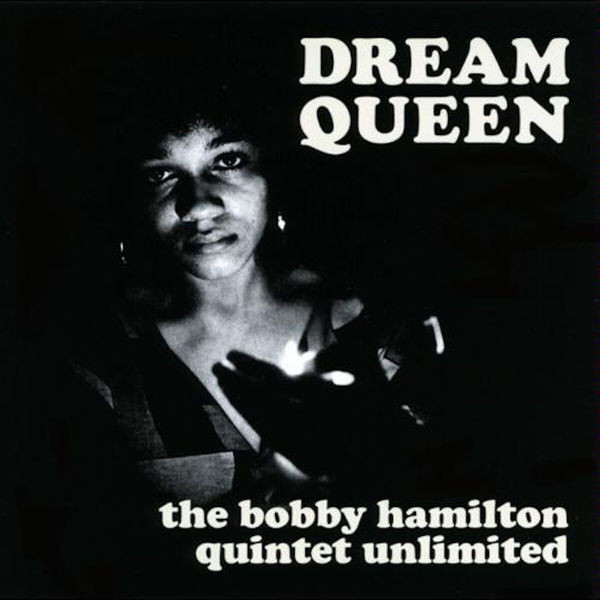 REISSUE OF THE SOUGHT-AFTER DEEP/SPIRITUAL JAZZ ALBUM, THE FIRST TIME IT’S BEEN PRESSED FROM THE MASTER TAPES.


All analog lacquer by Bernie Grundman.
Liner notes delving into the history of Hamilton and this special album.


Bobby Hamilton founded the band Anubis in Syracuse, New York, and they put out their awesome ‘Ecology’ single on Charles Bazen’s Salt City imprint. It’s a highlight on the Soul-Cal anthology Now-Again issued in 2012, something akin to Terry Callier and Gil Scott Heron’s most soulful works.
Shortly after issuing that single, Bobby put together the Bobby Hamilton Quintet Unlimited and recorded and issued Dream Queen in 1972. The last clean copy Bobby Hamilton had, he sold to the musician Jamie XX in 2021 for a princely sum.
Few originals will ever surface again – its original run of 500 units having disappeared into the ether decades ago. This is your chance to hear a masterwork of deep, spiritual jazz lacquered directly from its original master tape in an all analog transfer by the legendary Bernie Grundman.