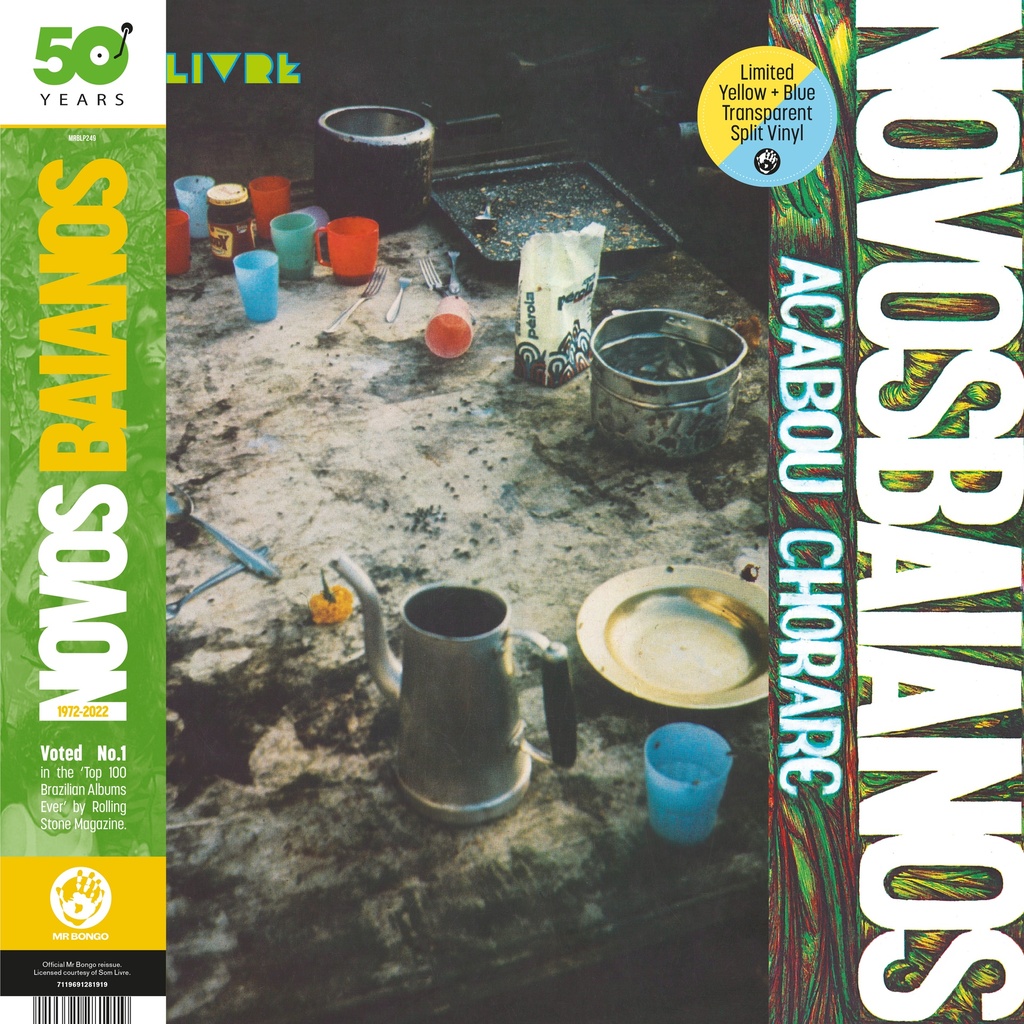 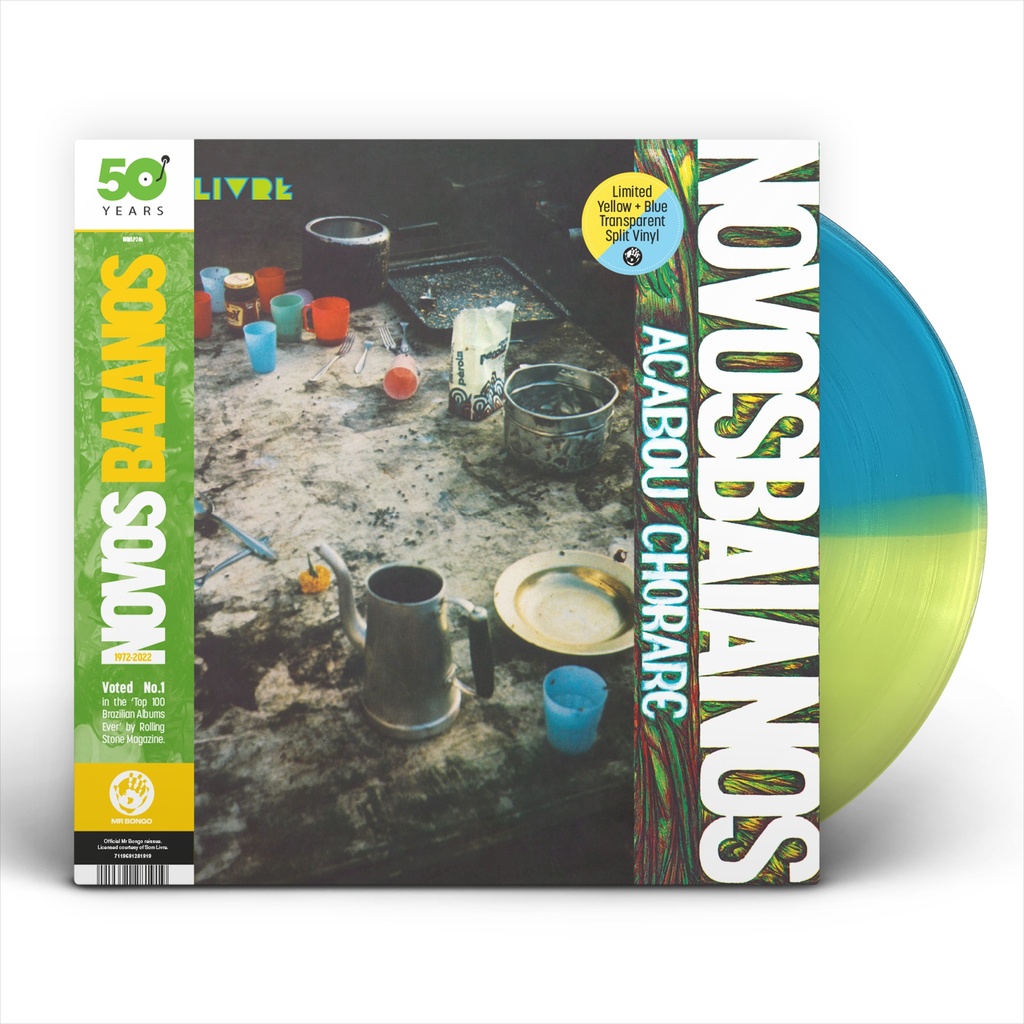 'Acabou Chorare' is the second album from Novos Baianos, a legendary band who formed in Bahia, Brazil in the 1960’s. They are considered to be one of the most important and revolutionary groups in Brazilian music.
'Acabou Chorare’ was originally released in 1972 by Som Livre after the success of their first LP 'É Ferro na Boneca’ in 1970. It was both a hit and a cultural milestone and rightly considered to be one of the most important and influential albums of all time, charting at number one in a Rolling Stone Brazil's 'Top 100 Brazilian Albums Ever’ chart.
'Preta, Pretinha’ placed 20th in the same publications list of the greatest Brazilian songs of all time. Upon release, 'Acabou Chorare' stayed near the top of the album charts for more than thirty weeks and received huge radio support across the country. It also became very popular in Europe shortly afterwards.
The unique sound of this record is a result of the fusion of samba, MPB, rock and bossa nova, and strong influences from Gilberto Gil (who frequently played with the group), as well as bossa nova legend, Joao Gilberto.
Our 50 Years Anniversary edition is a celebration of this wonderful record and features a neon yellow and transparent curaçao split vinyl, gatefold sleeve, A2 colour poster and OBI Strip.