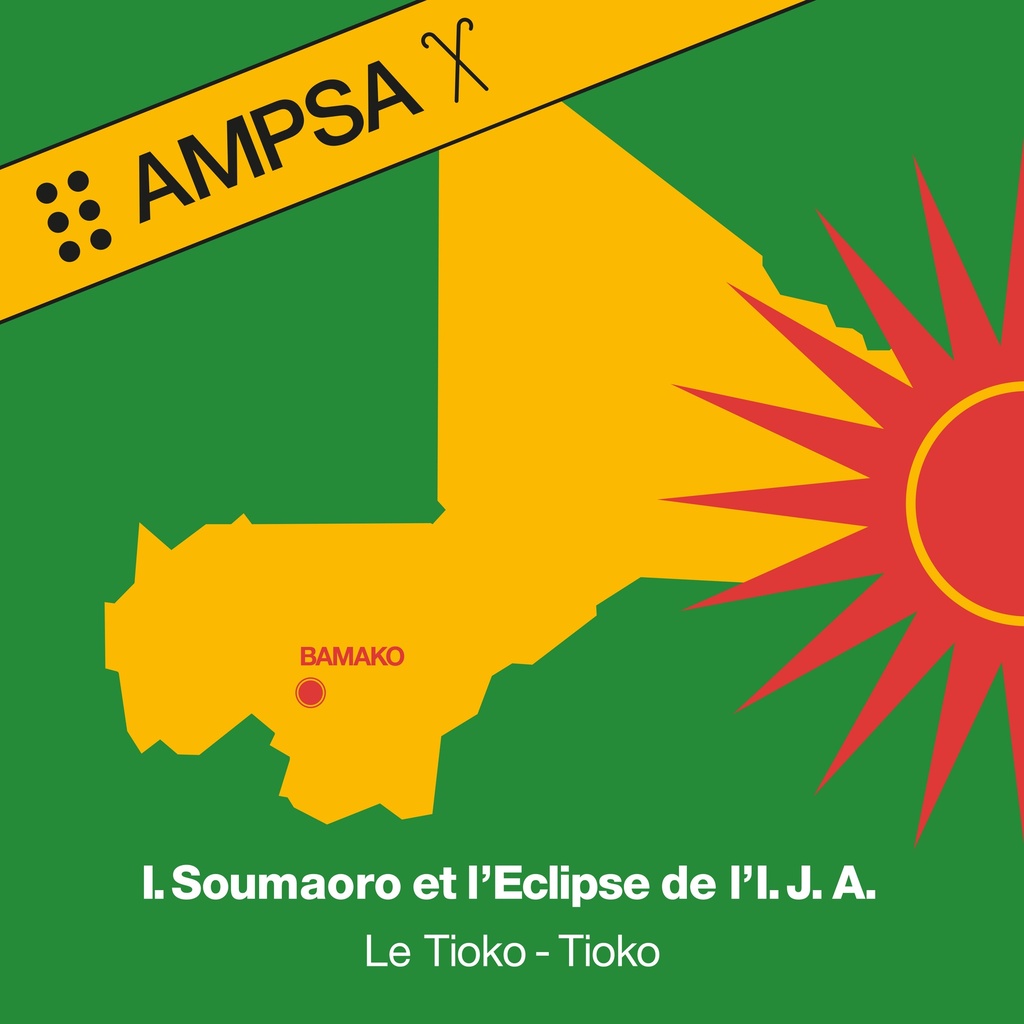 Idrissa Soumaoro, L’Eclipse De L’I.J.A.’s sought-after album ‘Le Tioko-Tioko’ was originally released in the German Democratic Republic (GDR) in 1978 and has been a long-time favourite at Mr Bongo. Two tracks from the album were featured on our 2017 compilation ‘The Original Sound Of Mali’ (MRBLP135), and we subsequently released the track ‘Nissodia’ on its own 12” (MRB12053) in 2020, complete with a blistering dancefloor re-edit by Mike D of The Beastie Boys.

‘Le Tioko-Tioko' is one of the rarest vinyl albums from the already scarce Malian vinyl discography, partly as the album was never released commercially, only independently distributed via the Malian Association for the Blind in Bamako. Though recorded at Radio Mali under the aegis of master engineer Boubacar Traoré; the album was originally released in East Germany. The tapes had been taken by some Malian students to East Berlin as part of a student exchange program. It was then manufactured and released on the East German state-owned label Eterna with only a few boxes of records being shipped back to Bamako.

A true masterpiece, this legendary LP offers some devastating songs such as ‘Djama’ (society), ‘Nissodia’ (joy of optimism), and ‘Fama Allah’ (an ode to god). Hypnotic organ riffs and breakbeats convey an unknown funk quality in Malian music, it now stands as a loving tribute to an unsung Malian golden age. Sadly, like many of the other now desired and prized vinyl rarities, at the time of release, it almost immediately disappeared without a trace due to a lack of promotion, and distribution. So, it feels fitting to share this gem of a record again, and hopefully it will reach the wider audience it deserved over 45 years ago.

Many thanks to Florent Mazzoleni for contributing sections of these notes.