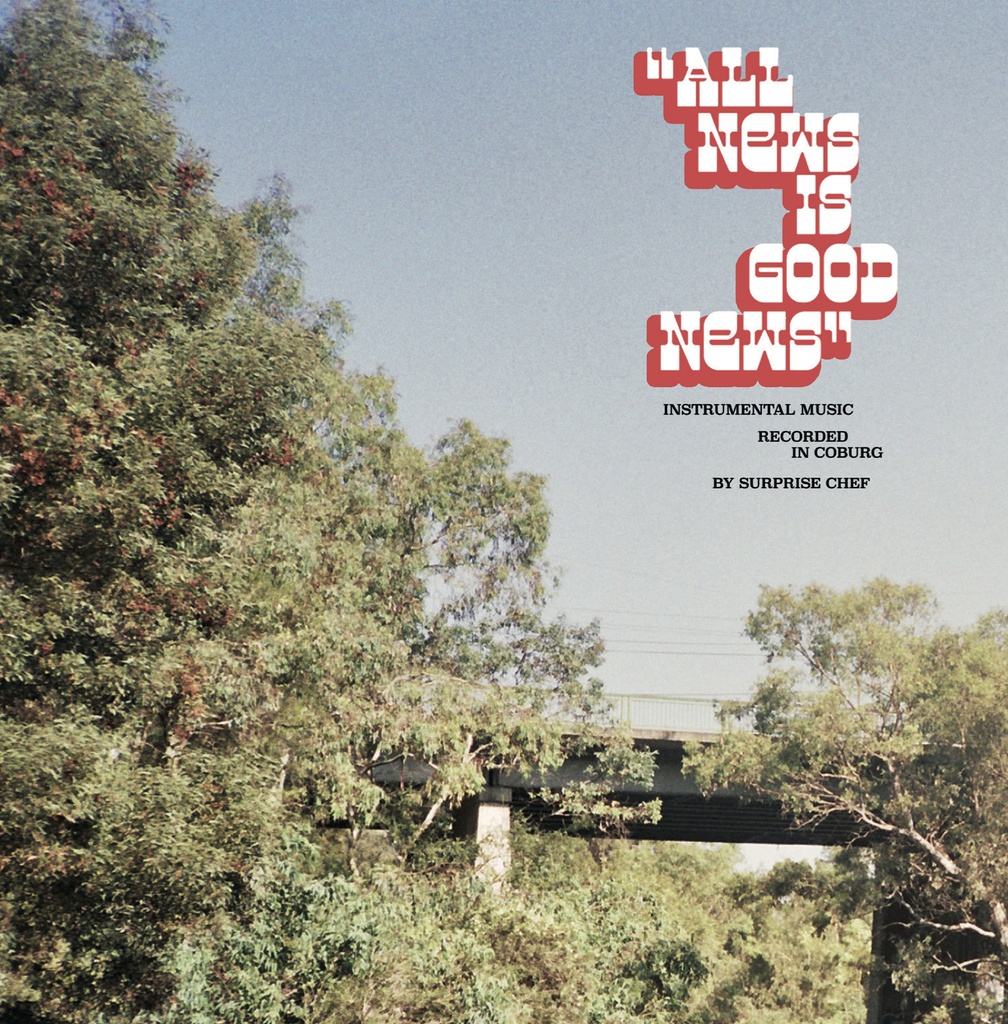 1. All News Is Good News

4. Have You Fed Baby Huey Today

8. Drinking From The Cup Of Bob Knob

There is something simultaneously both brand-new and retro about 'All News Is Good News’ - the debut album from Melbourne's instrumental soul group Surprise Chef. It sounds like something dreamt up by lo-fi cousins of David Axelrod and Janko Nilovic, with dramatic Library-music-eqsue cinematic arrangements echoing both light and dark, delving into moments of dissonance and positivity. There is a meticulous education of 1970’s soul on display that touches on the legacies of the great composer / producers, yet at the same time this is a truly contemporary record that could have only been made now. The first limited pressing of 'All News Is Good News’ was released on the band's own 'College Of Knowledge' imprint in November 2019. It slipped rapidly into the collective consciousness of underground music lovers around the world, with all copies selling out within a week and becoming a firm favourite at Mr Bongo HQ in the process. We felt Surprise Chef had made something very special, a future-classic, and that needed to be heard well beyond those lucky enough to have bagged those limited first copies. Formed at the end of 2017, Surprise Chef have grown within the fertile, creative, and supportive Melbourne music scene. Whilst the band is comprised of four core members, the album features friends and family as guest instrumentalists on flute, saxophone, vibraphone, congas, and assorted percussion; all adeptly recorded by engineer Henry Jenkins from the band Karate Boogaloo. The warm-raw-authenticity of the album was captured in the recordings live to tape over a handful of sessions in the band’s home studio in Melbourne’s inner-northern suburb of Coburg. As band member Lachlan Stuckey explains “All of the music we record is tracked live to tape, simply because so many of the records we love most were made that way". The results are a captivating journey of instrumental cinematic-soul that will connect with the hardened Axelrod, Truth & Soul, El Michels Affair, and Daptone's fans, as well as the open-minded first-time listener. We are very excited to share this first slice of Surprise Chef’s world, with plenty more magic from these guys coming around the corner very soon.