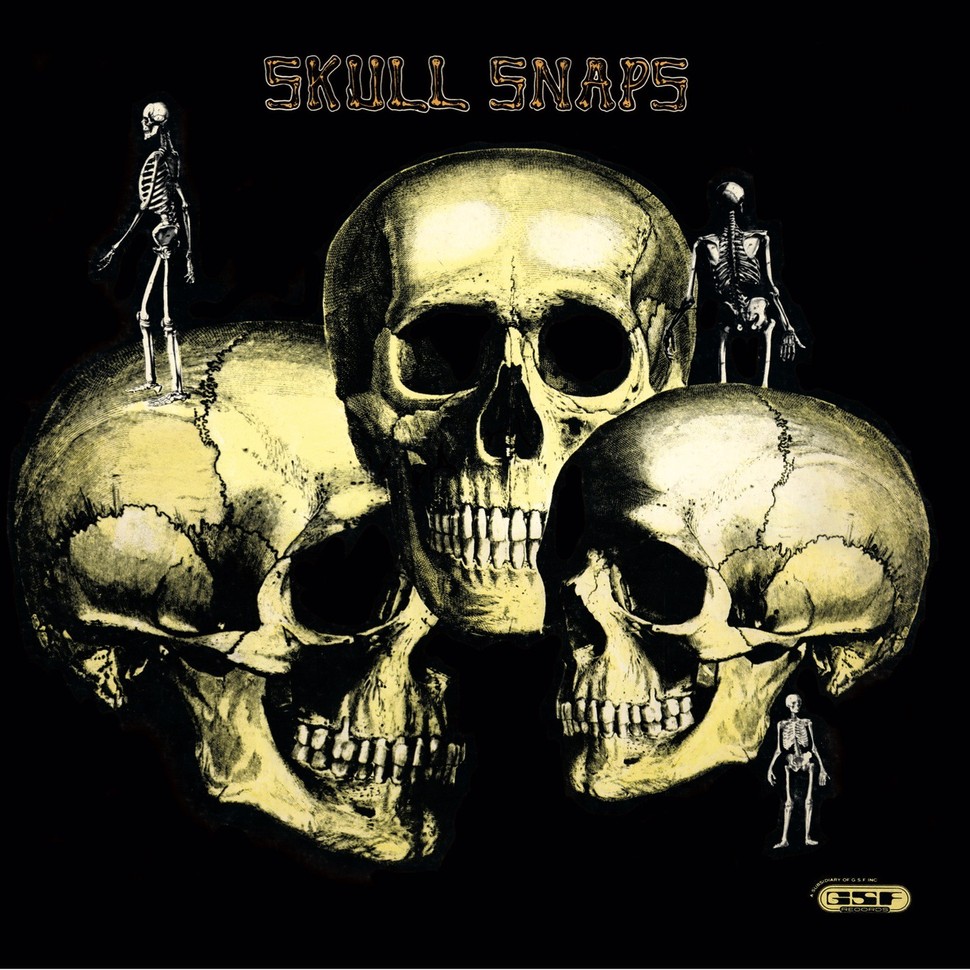 Widely available for the first time in forty-five years, featuring ‘It’s A New Day’, one of the most sample breaks in history. Official Mr Bongo reissue.

Record collectors, producers and crate diggers like a good creation myth, and Skull Snaps’ self-titled ‘debut’ had it all. A mysterious funk trio, who recorded one album under a curious name, housed it in a sleeve that looked more like a proto-metal album, and released it through a label (GSF Records) that folded shortly afterwards? Everything pointed towards the Skull Snaps album as a single totemic object, packaged in a way that predicted its own disinterment almost twenty-five years later.

For those who sampled it, myth maintenance was advantageous, both for their reputations and for their consciences. Likewise, an unsanctioned 1995 reissue on Charley Records removed the credits from the inner sleeve to further sever the record from its context - or perhaps because the label couldn’t quite face using the names of artists they had no intention of paying. Either way, owning the record was a right of passage, as Amir Abdullah once wrote: “If you don't have Skull Snaps in your collection, your collection is weak."