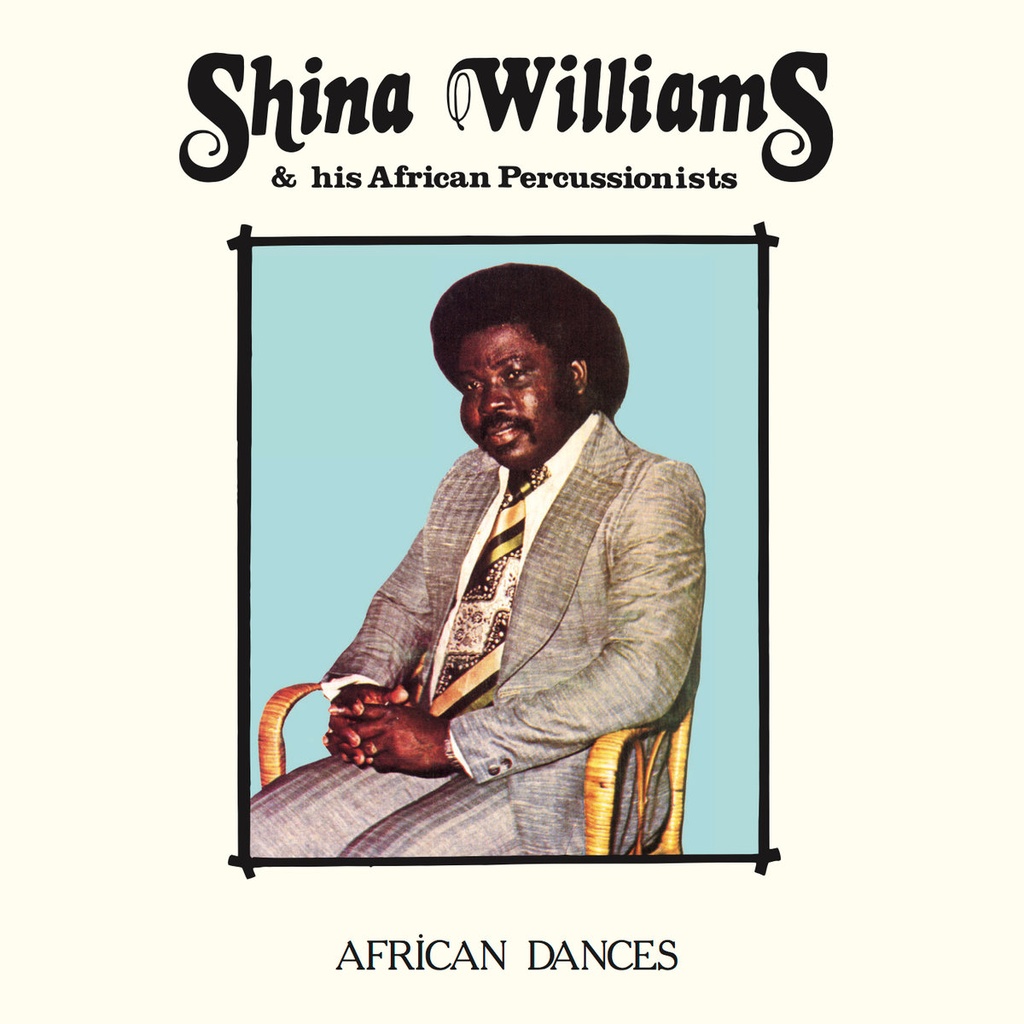 First official reissue of the extremely rare full-length album by Lagos-based bandleader Shina Williams. Clean copies of the original currently sell for up to £500.

The record was born in 1979 when Shina put Biddy Wright, Fred Fisher, Saliu Alabi, Prince Bola, Tutu Shoronmu, Tunde willimas and several other decorated Nigerian musicians – who played with the likes of Fela Kuti, SJOB Movement, Sonny Okoson, King Bucknor amongst others – together to record. The result is ‘African Dances’, a timeless fusion of afrobeat, electronics, boogie and disco.

Includes his most well-known song, ‘Agboju Logun’ that Williams knew was ground breaking – “I want to show the whole wide world that Africa is alive with modern musicians to reckon with anywhere,”. This album version is a different mix to the two-track 12” that came out under on Earthworks, Rough Trade in 1984.