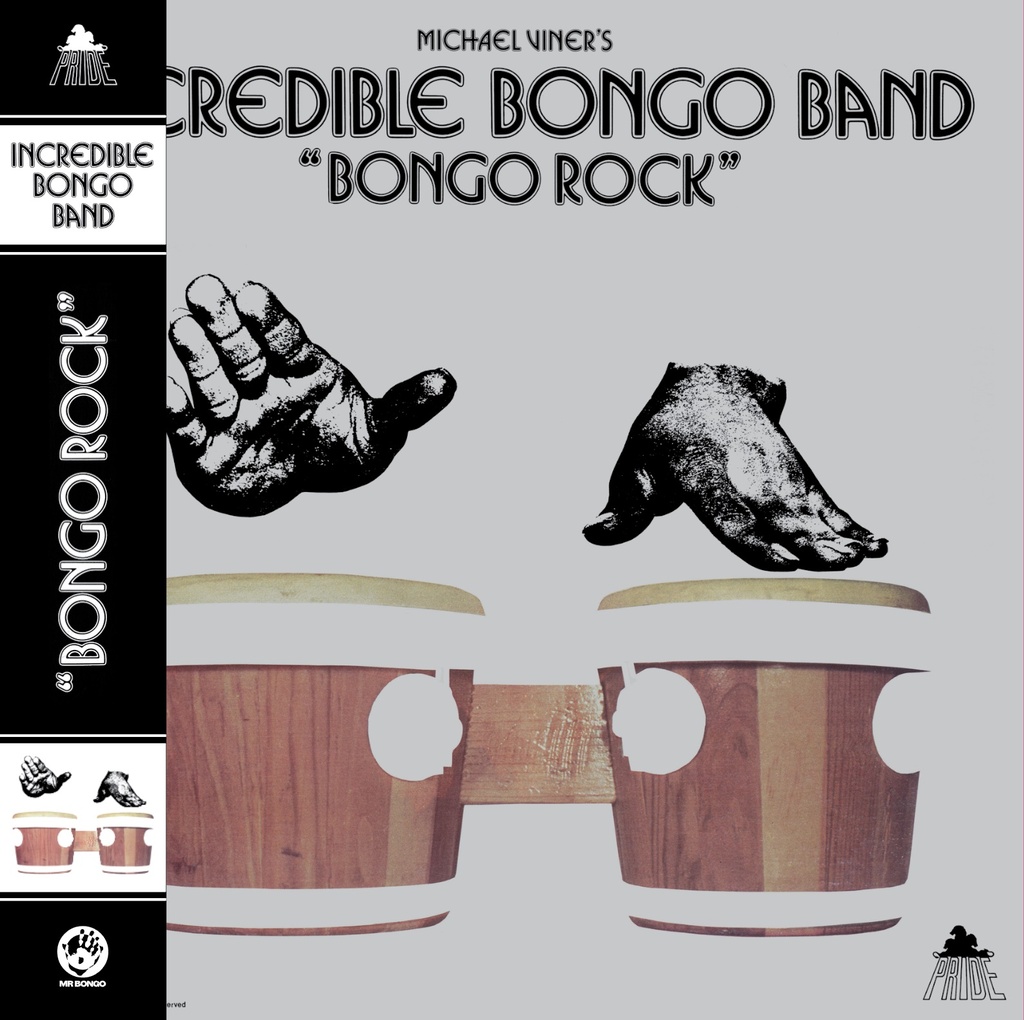 A1 Let There Be Drums

A4 Last Bongo In Belgium

Incredible Bongo Band was formed by MGM A&R Michael Viner in 1972 to record the soundtrack to a now virtually anonymous B-Movie entitled 'The Thing With Two Heads'. "The IBB" transformed from a loose studio collective to an instrumental pop covers consortium, interpreting classics of the day in their inimitable percussive fashion. Viner recorded them at MGM studios during downtime, assembling line-ups from whichever musicians were available at the time, leading to a unique blend of multi-talented musicians that included Jim Gordon, King Errisson, Jerry Scheff, and Perry Botkin Jr. The full bands' line-up is shrouded in mystery, but their legacy is undeniable. They spawned cult-classic records that would become a goldmine for hip hop breaks and attain sampling immortality.

'Apache', which was written and made famous by the British band The Shadows, is legendary in the worlds of dance music and hip hop. It was a staple for DJs such as Kool Herc and Grandmaster Flash as they invented their world-shaking take on the art of DJing at the Bronx block parties of the ‘70s. Over the years it has become a hip hop and breakers anthem and is revered as 'the break' of all time (at least in the top three) with the rhythms of this LP even helping to coin the term 'breakbeat'.

“Bongo Rock” is significant, for being one of the musical cornerstones of rap ... it is certainly one of the most sampled LP’s in history, if not the most sampled. Almost every history-minded hip-hop DJ has a copy, and the first few bars of “Apache,” can send crowds into overdrive.” According to Kool Herc, the stylistic pioneer many people consider to be the father of hip-hop music, the Bongo’s “Apache” is “the national anthem of hip-hop.” NY Times.

The real story of “The IBB” is far greater than the recordings themselves and ultimately shows how a distinctly powerful musical performance can get the recognition it deserves, no matter how anonymous its origins.