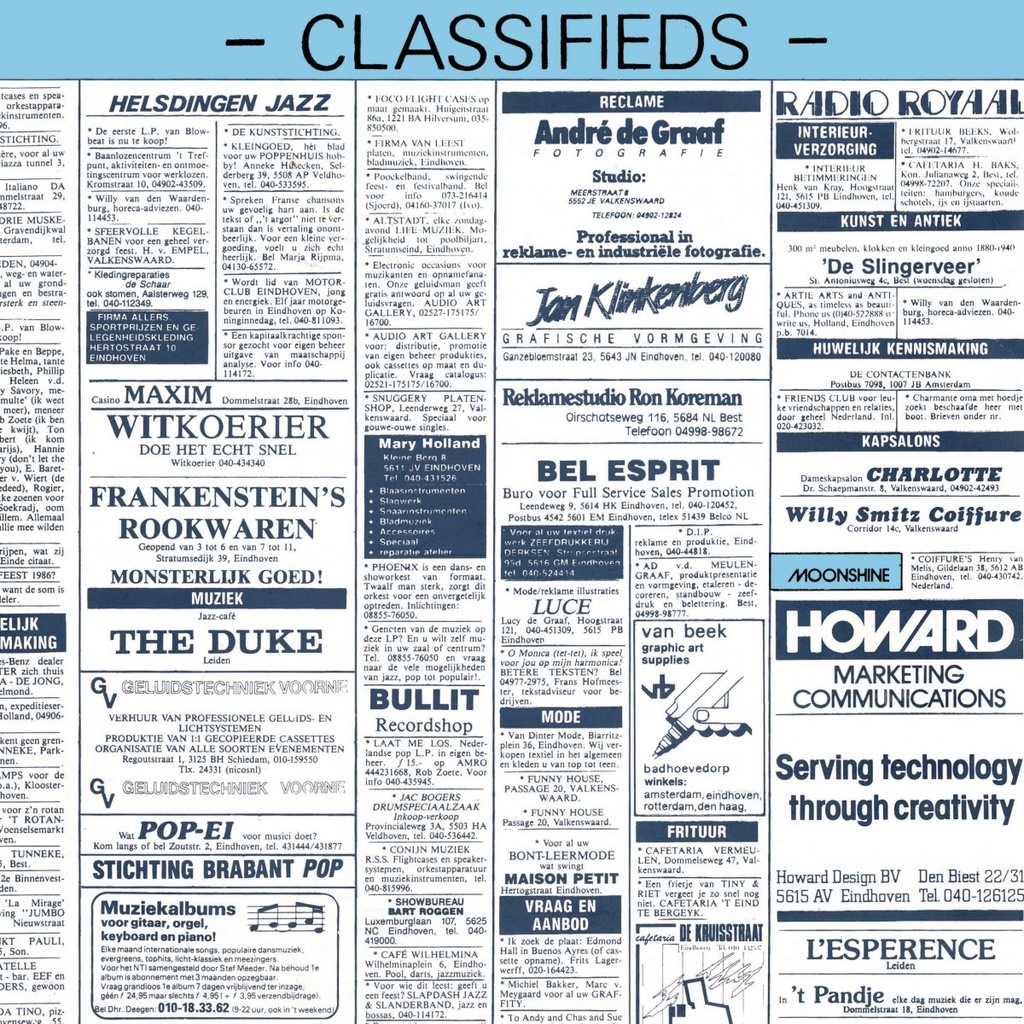 BBE Music presents the first ever reissue of ‘Classifieds’, an ultra-rare, privately pressed 1985 album by Moonshine aka Monica Rypma & Friends.

A naive and charming dose of dreamy DIY synth-pop interspersed with off-kilter, ambient interludes, original copies of ‘Classifieds’ are now almost impossible to dig up, but lately, thanks to the internet, the album has earned a cult following from music obsessives all over the globe.

Created by aspiring songwriter and recent music-school dropout Monica Rypma, incredibly the album’s recording and production was entirely financed from sponsorship and advertising, way back in 1985.

Inspired by René Van Helsdingen, the Amsterdam based composer, pianist and crowdfunding pioneer, Monica decided to sell advertising space on the album sleeve and name the album ‘Classifieds’, designing the cover to mimic a newspaper’s small ads layout.

Written and recorded in only 5 days with René Van Helsdingen collaborator, synth wizard and multi-instrumentalist Brian Batie producing, the album was engineered by Wil Hesen at Studio Farmsound in Heelsum. With Rypma assisting, Batie composed and arranged almost all of the music on the spot, and lyrics were dreamed up by Batie, Rypma and Brian’s friend Jenny Garner.

With an album full of music she could be proud of, Monica called in help from friends and family to print, fold and assemble the albums. “The original cover sleeve had three coloured bands; yellow, green or pink” says Rypma. “These were not different pressings, as most people presumed, but came from the limited budget that was left for printing. As one ink ran out, another colour was used, and this method produced the three versions.”

Once copies had been distributed to the record’s advertisers and sponsors, hardly any were left. Until now, that is!