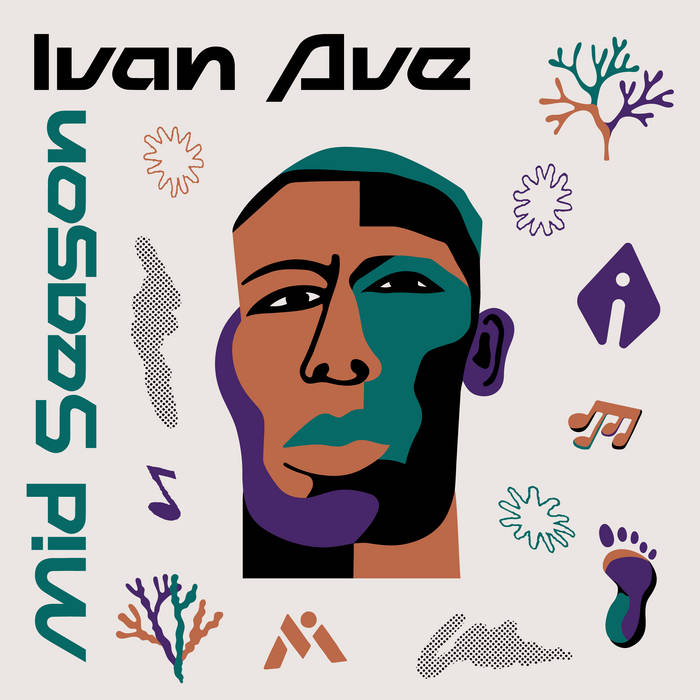 His last LP has barely touched record store shelves and Ivan ave is back with a EP for Mutual Intentions. Mid Season finds Ivan Ave in bloom as he evokes the sounds of spring on his latest offering. The EP title also refers to a mid-album-recording process, which Ave currently finds himself in. Mid Season gives the listener insight into a forthcoming full length album, entitled All Season Gear.

The prolific Norwegian rapper continues to charm with a seductive baritone that blows like a cool breeze through the production’s warm accompaniment. Dusty drum machines under glacial keys and guitars offer a platform from which Ivan waxes lyrical about everything that touches him. He has crafted a unique voice in Hip Hop echelons, finding quirky analogies in the mundane. While in the past, he could find a parable for love in a bicycle lock or existential questions in an worn out sock, he turns his attention increasingly to social realities.

He regularly takes aim at the ridiculous aspects of our contemporary society throughout Mid Season, with lyrics that poke fun as much they ask what the fuck?

“Spotify owner 'bout to buy a whole ball team… That mean I own a corner flag or some seats at least?,” he sings on «What a Day!!!». The record is peppered with these types of anecdotal metaphors that come together like a social media story through a bionic AI. Ivan Ave is the product of this generation and it’s only right he should reflect that. He does it in a unique way that requires the listener to untangle these preternatural allegories.

Playing with a dichotomy of words, he doesn’t labour on a thought before he’s lazily propelled onto the next at the turn of each bar. His laissez faire approach is only emboldened by the slow moving percussion and keys that have come to define his sound. Picking up on early nineties influences from the likes of Native Tongues or Dilla, the music on Mid Season continues to reassess and revolutionise these archetypes. It’s in the keyboard sounds of this latest EP, that Ivan Ave and producers have found yet another new evolution in his sound.

Synthesisers that sound like they belong to a Maynard Ferguson record rather than a Hip Hop EP make the record come alive over a chugging and forceful rhythm section. It provides an airy and playful contrast to the more serious elements on the track, and much like Ivan Ave’s lyrical prowess offers an extra layer of depth that often eludes Hip Hop’s most successful stars. The more you listen to Ivan Ave the more you get entrenched in his work and Mid Season continues to send the artist on an exciting trajectory.