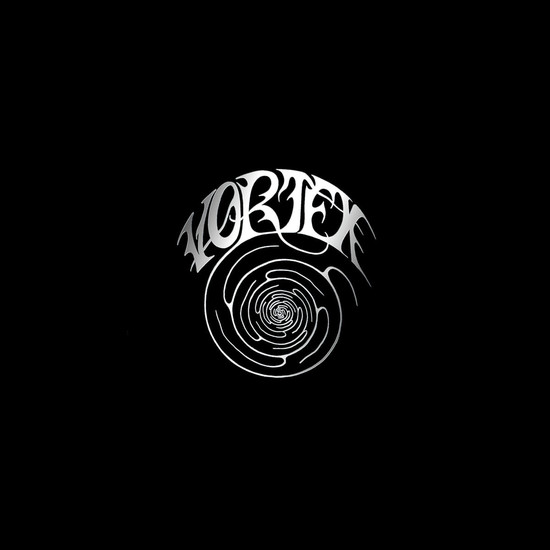 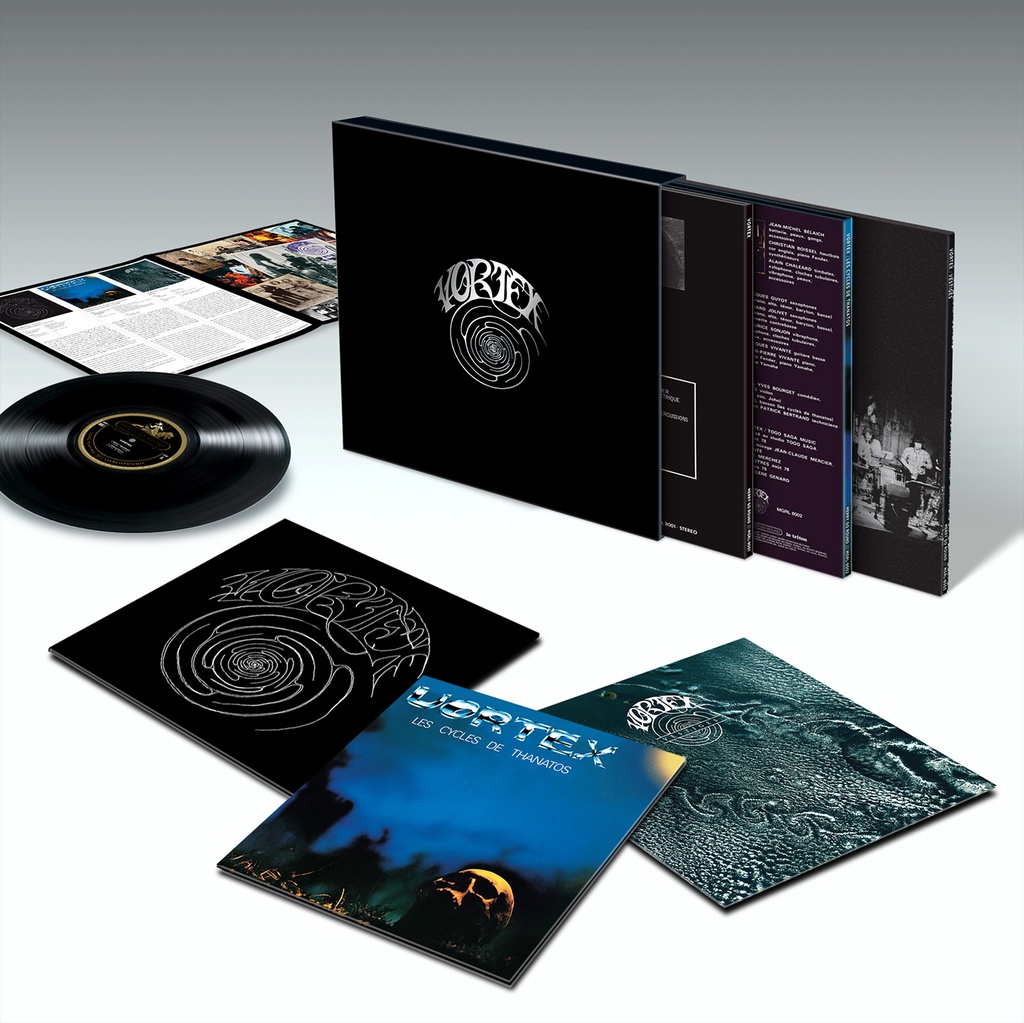 
VORTEX, a creative pioneer of French avant-garde jazz rock, who endlessly disassembled and reconstructed the genres, created their own unique style by blending various musical elements; such as the aggressive heaviness of Zeuhl, the complex yet elegant ensembles of chamber rock, the polytempic and polyrhythmic structures of free jazz and the profound experimentation of 20th-century contemporary music. This three LP box set consisted of the 2nd studio album (1975), (1979), and another album which collected only bonus tracks separately.

Like the swirling symbol adorning the cover, their debut album, with a dark and twisted emotion that seems to drag the listener into a labyrinth, shows the characteristics of the Zeuhl genre, such as subtly changing repetitive motifs and sophisticated yet stimulating rhythms. At the same time, it also shows the character of Chamber Rock in terms of a complex ensemble with multiple instruments. The original LP of this album is considered one of the rarest albums of the Zeuhl genre along with Magma’s 2nd album, Eider Stellaire’s 1st album, Rialzu, and Archaia’s sole album.

The 2nd album , which was released after tenaciously refining the composition for 4 years and expanding the members to an 8-piece group, is a masterpiece that far exceeds the previous work in terms of dense composition and excellent performance as well as recording quality. Multi-layered instruments smoothly unravel carefully calculated compositions, and the 25-minute title track in particular expresses Olivier Messiaen’s motif in a darker and more intense way. It is a masterpiece that escaped the shadow of Magma and brought the writing style of contemporary classical music to rock, and makes it plain that their musical level has reached its peak.