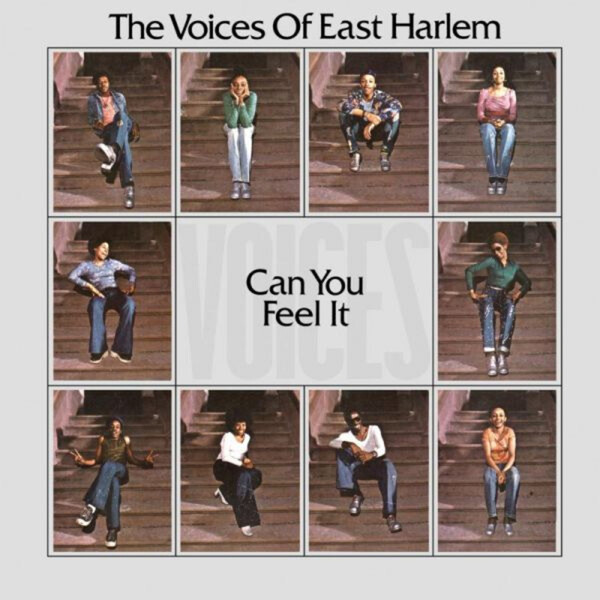 Voices Of East Harlem, Can You Feel It

The Voices Of East Harlem were an ensemble of vocalists who for Just Sunshine Records recorded two albums under the direction of Leroy Hutson and Curtis Mayfield. They were managed by Jerry Brandt, who looked after Sam Cooke, and performed at 1970's Winter Festival of Peace' at Madison Square Garden. In 1971 they appeared in the film Soul To Soul' made in Ghana. Their first albums were with Elektra Records prior to two albums The Voices Of East Harlem' and Can You Feel It' now being made available again here on Soul Brother.

From Can You Feel It' in 1974 came a Leroy Hutson production close to what the artrist was doing on his own Curtom albums. Can You Feel It' and Rare So Rare' remain particularly popular alongside a dance track Take A Stand' (now for the first time on a Soul Brother 7' with Cashing In'), and the rare groove March Across The Land' (also recorded by Linda Clifford), all tracks on this album in some way contributing to the demand and first legal reissue in two decades from owner Michael Lang, promoter of the original Woodstock music festival.

Tracks sampled include Can You Feel It' (by Penthouse Players Clique), Just Got To Be Myself' (by Starving Artists Crew).