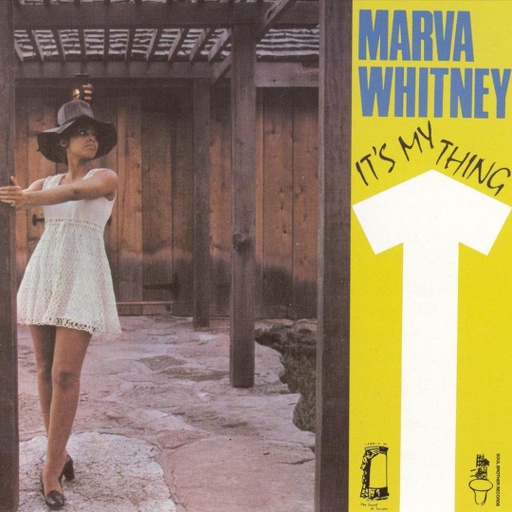 This is probably the most in demand, heavily sampled and bootleged funk album of all time. Originally Produced by James Brown and released in August 1969, this album has been heavily in demand since the mid 80s, the original still commands a price c. £200. .It is issued here along with 4 tracks which were only issued on 7″singles and are also highly sought after in their own right., plus a duet with James Brown ‘Sunny’ which appeared in the sleeve notes of the original album but was not included in it. The album was actually a collection of 10 singles recorded over a period of 20 months in different studios across the USA. The tracks feature the famous James Brown band, Probably the tightest band of all time including Maceo Parker, Alfred ‘Pee Wee’Ellis and St Clair Pinckney (Saxes), Fred Wesley (Trombone), Richard ‘Kush’ Griffith (Trumpet), Jimmy Nolen (guitar), (Sweet) Charles Sherrell (Bass), Clyde Stubblefield (Drums) amongst others. Marva Whitney was the leading Female singer in the James Brown Revue for 3 years from 1967 to 1969 and toured the USA, Africa and Vietnam (during the War). Her powerful voice leads the band on these Songs, many of which were and are still great club tracks, and have been revered by Soul and Funk fans for years. Thanks to hip hop artists sampling tracks from it, this album has been brought to the attention of a whole new audience. This album is an absolute must for any DJ , James Brown fan , Funk collector or hip- hop break seeker.