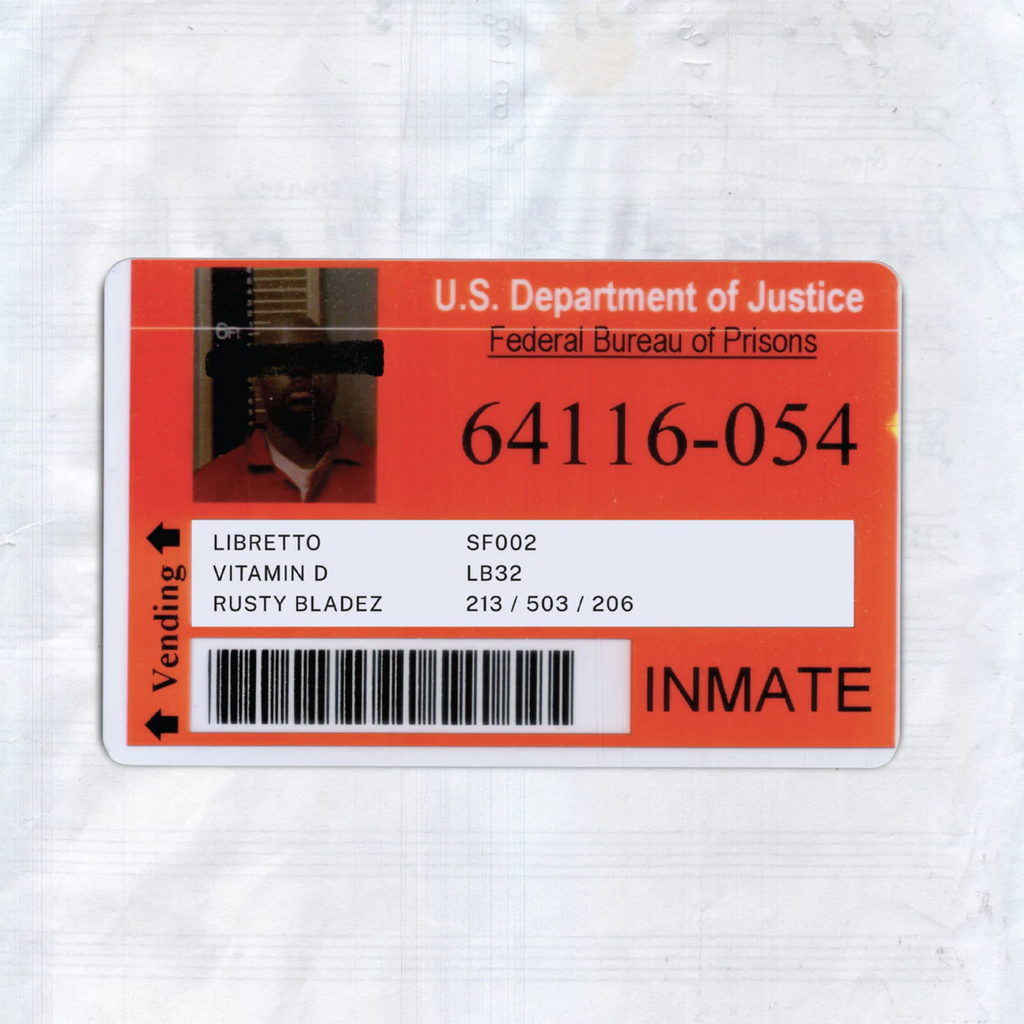 
Libretto returns for his sixth full length album entitled Rusty Bladez, and is accompanied by Seattle legend Vitamin D handling all production duties, plus a few standout verses of his own. As evidenced by his inmate ID on the cover, Libretto's meditations on his time spent in the Federal Penitentiary system run throughout the entirety of Rusty Bladez. Vitamin D's production mastery provides the perfect backdrop for Libretto to recount his true life tales. Showcasing his versatile skills across all 17 tracks, Vitamin D once again demonstrates why he is your favorite producer's favorite producer, as well as a force of his own on the mic. Helping round out the complete picture, Libretto & Vitamin D are joined on the album by top notch lyricists and vocalists including Roc Marciano, Guilty Simpson, Gift of Gab [R.I.P], Planet Asia, Keisha Plum, Jumbo (Lifesavas), Toni Hill, Syndel, and more! Rusty Bladez is the product of two West Coast veterans, made in true collaborative fashion, with their talents and expertise on full display. The album is cinematic, and a complete, fully realized vision with infinite amounts of replay value.