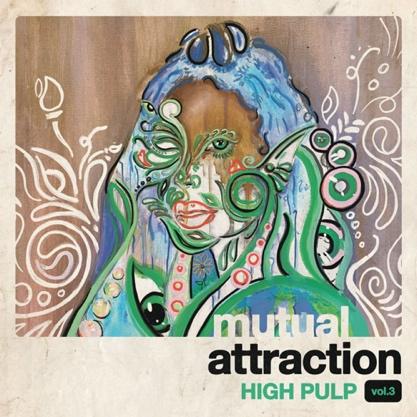 EXPERIENCE FRANK OCEAN THROUGH THE EARS AND SOUNDS OF HIGH PULP, AS THE MUTUAL ATTRACTION SAGA CONTINUES, WITH THE FINAL INSTALLMENT OF THE PROJECT.

While the first 2 volumes in the series pay homage to free and experimental jazz legends that have informed the lens of the Seattle, Washington-based band. Volume 3 steps into the R&B/Hip Hop world, as the band performs their fresh takes on 3 Frank Ocean tracks, from the ‘Endless’ album.

A Frank Ocean record that flew under the radar for some but didn’t miss with the High Pulp crew. The 3 arrangements are a homage and a thank you to Frank, who has had such a heavy impact on the band and the way they think about writing music.  Mutual Attraction 3 challenged the band to think critically about these compositions and how they could deliver a similar sentiment that they were born out of, but also put it through the High Pulp lens.

Along with digging into a different genre of music and focusing on just one artist to pay tribute to for this volume in the series. MA 3 also has the band performing as their largest ensemble yet. A 15-piece band, including a 5-piece string section. Giving no limits to these reimagined versions of Frank Ocean tunes.