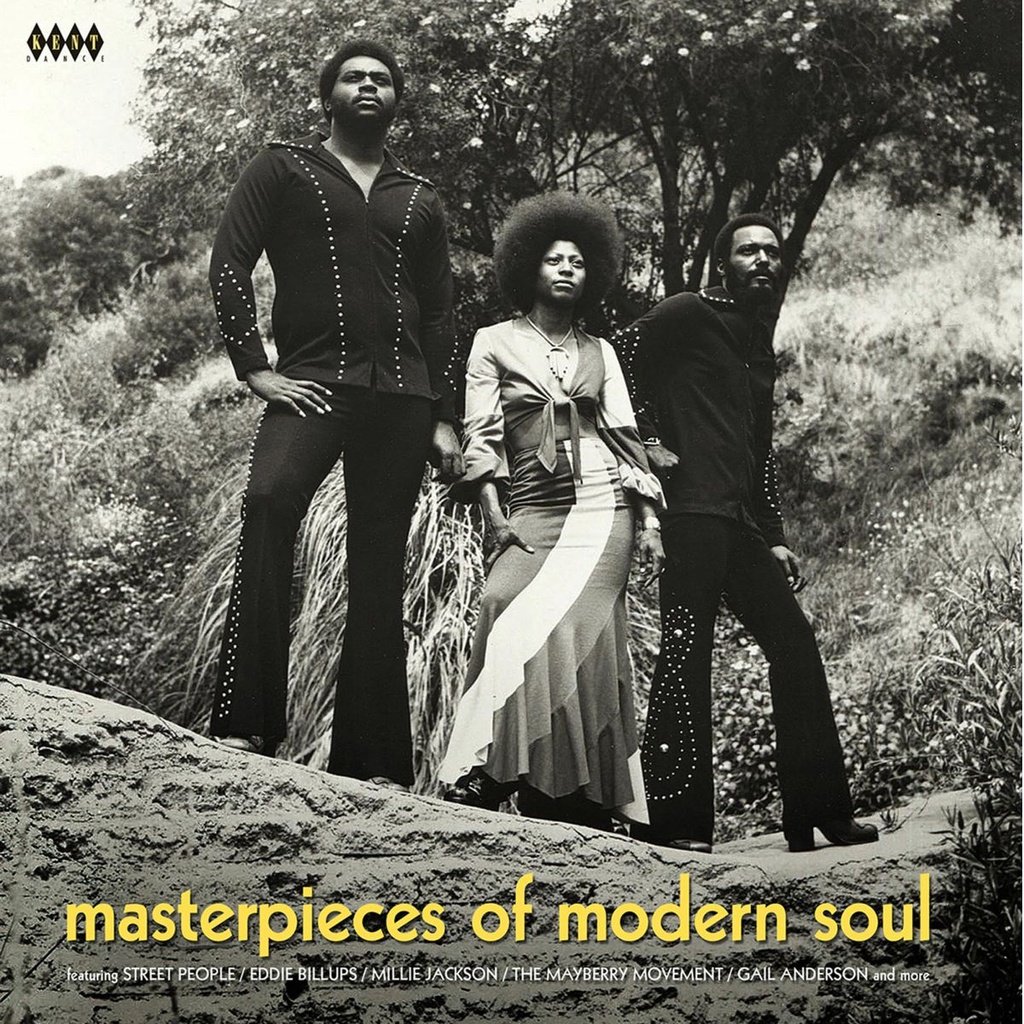 Having been brought up as much on albums as singles, it is a natural progression for Kent to make a 12-inch version of our “Masterpieces Of Modern Soul” CD series. The modern soul fan is used to wielding vinyl 12-inchers and our latest Kent LP is aimed squarely at them.

Act 1’s fantastic ‘It’s The Same Old Story’, one of the most melodious songs of the era, is lifted from their Spring album. The same label also gives us Millie Jackson’s raunchy ‘If That Don’t Turn You On’ from her “For Men Only” LP, suitably edited for DJs’ convenience. The Mayberry Movement were on sister label Event and we have included their smooth and addictive ‘Two Wrongs Don’t Make A Right’, a turn of the century tape discovery.

On the pricey side, we feature Eddie Billups’ anthem ‘Shake Off That Dream’ – all together now, sing along. Scarce is more the word for Gail Anderson’s Doré release ‘Just A Little Ugly’, which is anything but, while stable-mates the Natural Resources have the recently discovered tape find ‘If There Were No You’, which would have graced the Blackpool Mecca if it had been known about a few decades earlier.

We dip our toes into 1980s water with tracks from seminal Detroit producer Dave Hamilton, whose later recordings are proving to be as highly admired as his work from the golden era of 60s soul. Nightchill’s ‘I Don’t Play Games’ sounds like a hit, while the slightly earlier ‘I’ve Never Felt This Way Before’ by New Experience is more anguished.

The Hesitations’ New York GWP recording ‘Go Away’ is as polished and professional as we have grown accustomed to from that high-achieving group. More top-class harmony comes from Street People with ‘Your Momma Had A Baby’, a previously unissued track from their first recording session, while Darondo provides another gem of California soul from his own unique perspective.

After reissuing Herman Davis’ highly collectable ‘Gotta Be Loved’ on our “Masterpieces Vol 4” CD we discovered the brilliant Part 2, which was abandoned before the Venus V 45 was pressed. Now it rounds off an LP that will grace the overburdened shelves of modern soul-lovin’ Kent fans and fit neatly into those big boxes the DJs lug about.