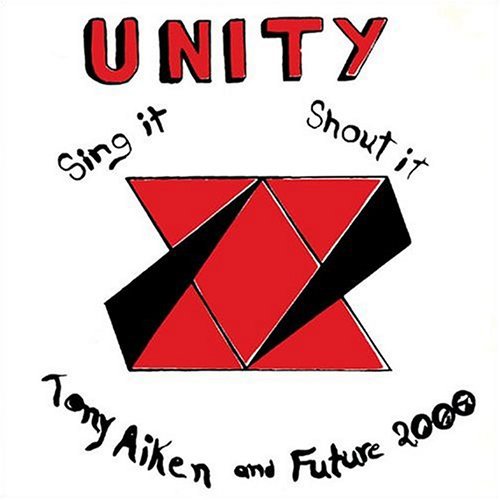 REISSUED IN A RECREATION OF THE ORIGINAL SILK-SCREENED JACKET BY ANTIDESIGNS USA!

Hailing from New York during the mid 1970s, Tony Aiken and Future 2000 was a musical group whose funky brand of R&B-meets-dance featured a distinct sound reminiscent of a combination of Carribbean music and Afrobeat. Their strong arrangements, pulsating beats, and unique orchestrations made them underground darlings for much of the mid-70s. Their Kimsha Records release Unity: Sing It, Shout It was a joyous, booty-shaking pile of East Coast disco at its most raw.

Aiken has since gone on to work with artists such as Dennis Brown, Frankie Paul, Chosen Few, and many more, but the original Unity album has largely been forgotten to the sands of history...until now! In association with Traffic Entertainment, Kimsha Records is proud to present this sterling reissue of the original Unity LP, right on down to the recreation of its original jacket. Features hard-hitting funk tracks like "Better Days", and soulful cuts like "Time Tunnel", with bouncing bass-lines and sinuous keyboards. Unity's crown jewel however is its' title track, a 9+ minute long stomper with hints of reggae and tastes of early-disco vibes. An obscure gem, and a classic for any fan of fine afro-centric music.