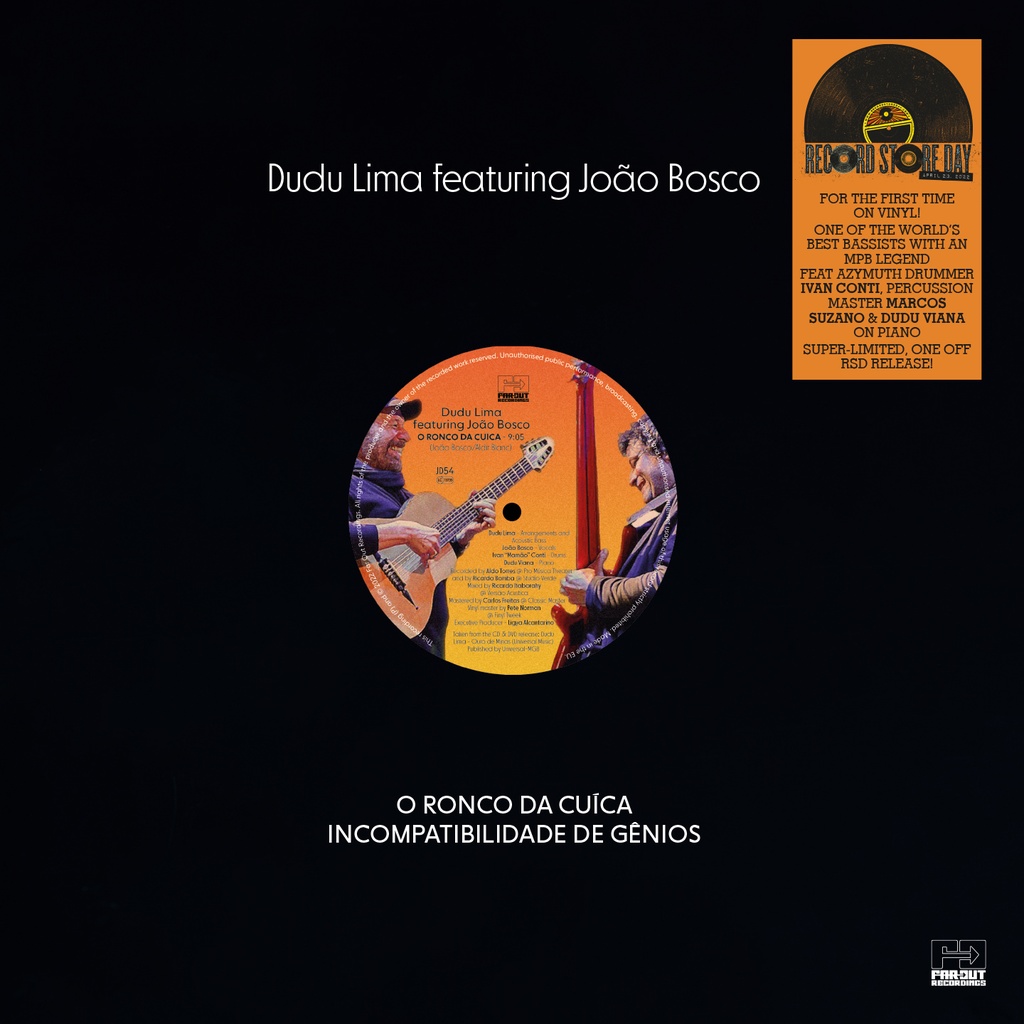 Originally written by João Bosco and Aldir Blanc and released on Bosco's 1976 album Galos De Briga, "O Ronco da Cuica" is a samba/MPB masterpiece. In the song, the cuíca roars: roars in anger, roars from hunger and is told to stop, but it cannot - "it's a man thing" explains Bosco in the lyrics. Personifying the instrument in this way, "O Ronco da Cuica" points to something quite profound about the nature of human suffering and our primitive need for expression. On this brilliant reimagining, renowned bassist Dudu Lima teamed up with Joao Bosco himself, as well as Azymuth drummer Ivan 'Mamão' Conti, pianist Dudu Viana and percussionist Marcos Suzano. Ironically, this version contains no cuíca, instead it takes a more stripped back instrumentation, exploring the deep jazz potential of this roaring samba classic, to stunning effect. On the B-side is a beautiful duet between Dudu Lima and João Bosco: acoustic guitar and vocals, and fretless bass - together they take on "Imcompatibilidade De Gênios", also from Bosco's 1976 Galos De Briga album.