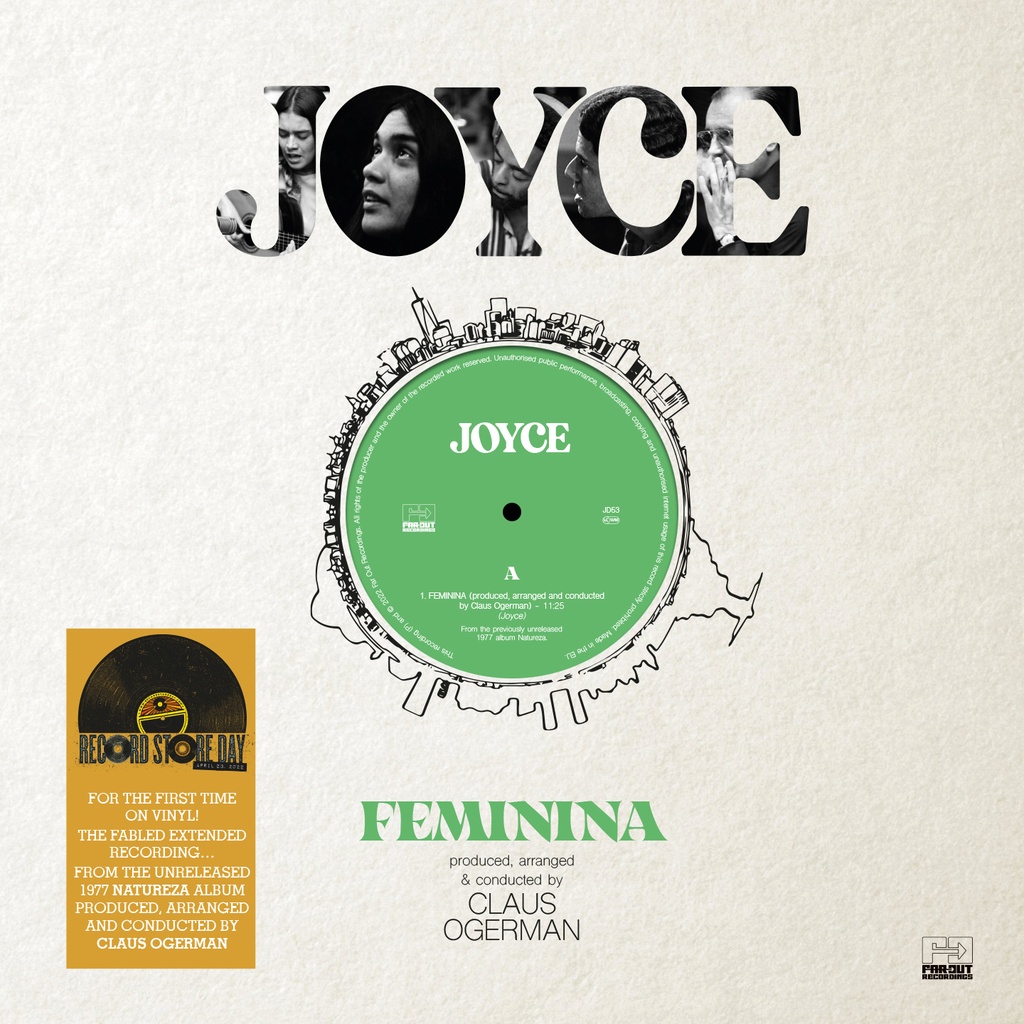 Side A) Feminina (produced, arranged and conducted by Claus Ogerman)
Side B) Joyce Interviewed by Joe Davis (November, 2021)

This fabled 11 minute+ version of Brazilian icon Joyce's groundbreaking "Feminina" was recorded at Columbia Studios, New York in 1977, for the as yet unreleased Natureza album. Produced, arranged and conducted by the great Claus Ogerman (Frank Sinatra, Antonio Carlos Jobim, Billie Holiday... the list goes on), Natureza would have ostensibly been Joyce's big break to international stardom, but mysteriously it was never released. With Joyce came fellow Brazilian icons Mauricio Maestro, Nana Vasconcelos and Tutty Moreno, and Ogerman employed North American jazz legends Joe Farrell, Michael Brecker, Buster Williams and Mike Manieri. In anticipation of the monumental forthcoming Natureza album release via Far Out Recordings, this astonishing version of a true classic gets it's first proper 12" release for Record Store Day 2022. In the spirit of making the release special for RSD, rather than make it a single sided 12", Far Out boss called up Joyce to talk about the recording, recorded the conversation, and pressed it to vinyl on the B side."