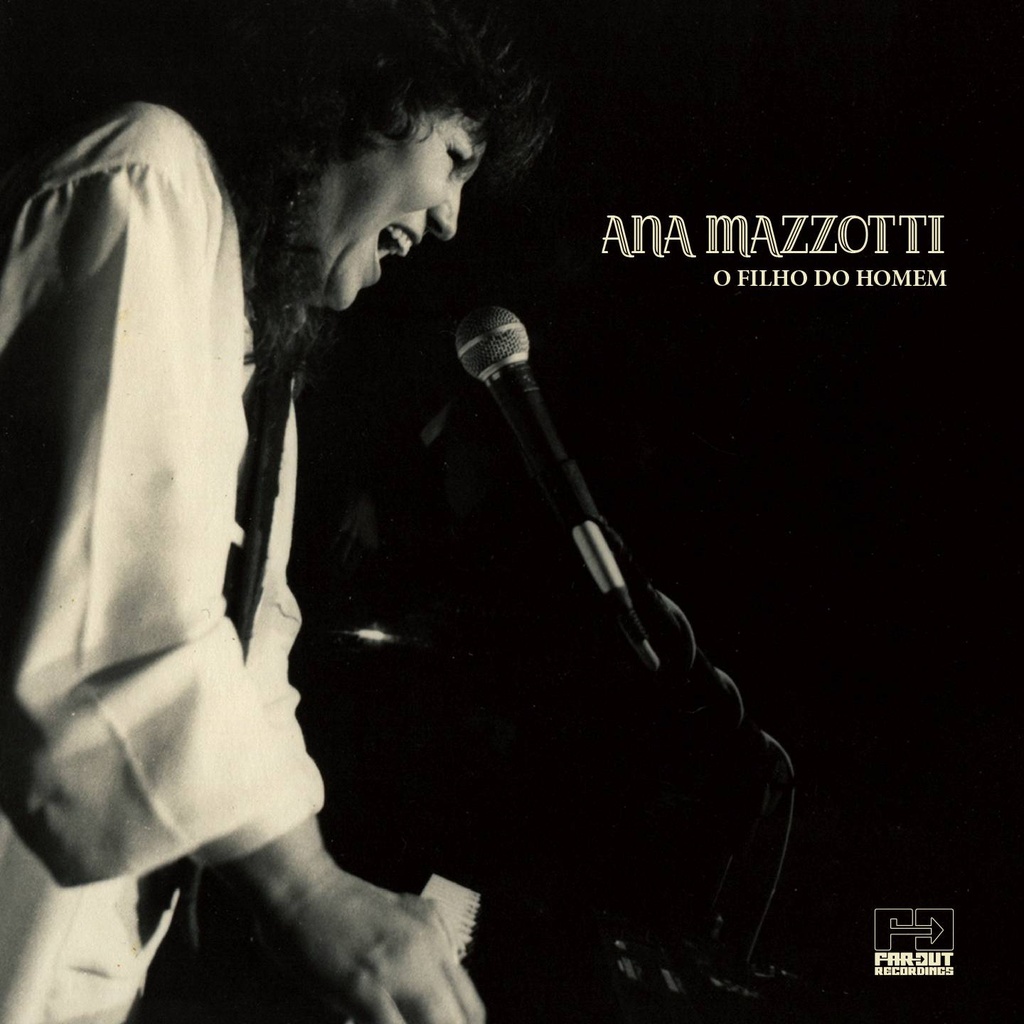 SIDE B / O Filho Do Homem (Instrumental)

“O Filho Do Homem” will be released on 7” vinyl on the 10th December 2021 via Far Out Recordings.

* Live performances of these tracks have been ripped from VHS recordings by Toni Mazzotti and can be viewed on his Ana Mazzotti Youtube channel, albeit in less than ideal audio-visual quality

Believed to have been recorded in 1983, ‘O Filho Do Homem’ is a newly discovered and previously unreleased single by the late Brazilian composer and keyboardist Ana Mazzotti. Though it’s her only known studio recording of the decade, ‘O Filho Do Homem’ is one of several unreleased compositions Mazzotti and her band performed on TV Cultura and Programa MPB during the 80s.*

These performances showed Mazzotti had transitioned towards a harder edged and more daringly experimental sound in this period, while keeping the core components of samba, jazz and funk that characterised her two studio albums from the 1970s, Ninguem Vai Me Segurar (1974) and the self titled Ana Mazzotti (1977). This evolved 80s sound had evidently taken a similar path to that of her contemporaries and mentors, like Azymuth, whose keyboardist José Roberto Bertrami arranged her debut album, and Hermeto Pascoal who described her as “a super musician.”

Following the resurgence in appreciation for Ana’s music that arose from the 2019 reissues of her two studio albums, her son Toni Mazzotti was compelled to re-examine the archive of artefacts he’d inherited from his parents. Amongst the LPs, chord sheets, photos and VHS recordings, Toni stumbled upon a mysterious reel of tape, which he swiftly dispatched to the Far Out office in London. Toni and the Far Out team were delighted to discover the mystery tape was a hazy jazz-funk gem recorded by his mother (and father, drummer Romildo Santos) during the twilight of her short career; Ana Mazzotti sadly passed away in 1988 from lung cancer at the age of just 37. Aside from Ana on keyboards and vocals and Romildo who produced and played drums on all of Ana’s recordings, the line-up for the quartet is unknown.